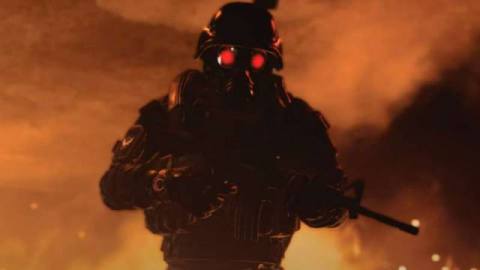 In addition to a new Resident Evil Village trailer and some demo footage in anticipation for the next horrific chapter in the franchise, some extra content stemming from the game series’ 25th Anniversary was premiered during the showcase. Following the gameplay reel of the new PVP-focused RE: Verse and another trailer for the upcoming Internal Darkness Netflix film, Ubisoft’s Massive Entertainment announced a crossover event with The Division 2 and Resident Evil.

For a limited time, players will have the opportunity to collect classic cosmetic items like exclusive outfits and weapon skins inspired by the original Resident Evil trilogy. Every player that simply logs in during the event gets the Leon Kennedy police uniform. The in-game footage is reminiscent of the zombie outbreak that led to the total decimation of Racoon City – e.g., burning vehicles and buildings, abandoned streets, and all. There’s also an eerie reveal of an armored soldier towards the end of the trailer but whether or not zombies will be roaming The Division 2’s metropolis is yet to be seen.