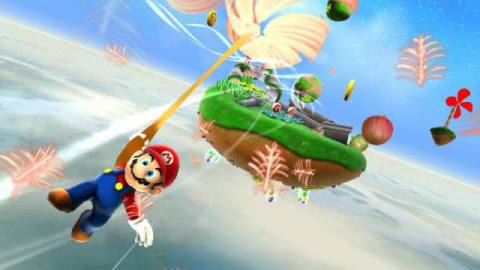 It’s Mario Day! Today we celebrate everything about Nintendo’s iconic plumber, who has endured as one of the most beloved mascots in all of gaming. The character has a gigantic portfolio of games to his name, many of them fantastic, which begs the ultimate question: which Mario game is your absolute favorite?

Is your all-time favorite one of the 2D classics on NES and SNES, such as Super Mario Bros., Super Mario World, or Yoshi’s Island (which is totally a Mario game, darn it). Maybe it’s Super Mario 64, the game that revolutionized the 3D platformer? Perhaps you prefer one of the two phenomenal Galaxy games, which took the 3D style to new heights and beyond. Or are you a renegade and swear by the polarizing Super Mario Sunshine? I hope there’s some of you out there who remember Super Mario Land 2: 6 Golden Coins and Super Mario 3D Land, especially if you’ve found yourselves loving the recent re-release of Super Mario 3D World + Bowser’s Fury on Switch.

On the different side of the gold coin, we shouldn’t forget Mario’s many exploits outside of platforming. Maybe you’re a fan of his numerous RPG outings, such as Super Mario RPG: Legend of the Seven Stars, the Paper Mario games (read: just Thousand Year Door), or the Mario & Luigi series. Perhaps you like seeing Mario behind the wheel of one of the myriad of Mario Kart titles. What about Mario’s numerous sports game appearances? The puzzling stylings of Dr. Mario? Making music in Mario Paint? I hope to see the one weirdo who dies on the hill of Hotel Mario.

So now that I’ve set it up, I turn to you, our dear readers, to knock ‘em down. Tell us what your favorite Mario game is and why in the comments!