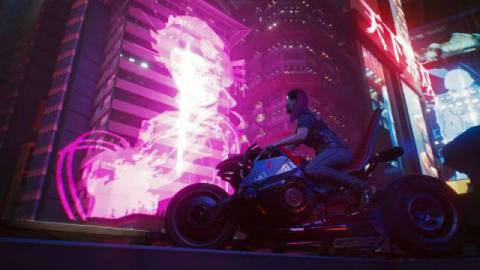 CD Projekt Red’s Cyberpunk 2077 has been in development for the better part of a decade, and its release is right around the corner. However, this isn’t the first time we’ve gotten close to a Cyberpunk’s release ­– the title has had a stunning number of launch dates. Join us as we look back on some of our favorites.

Official Ranking: N/A
Can you believe that Cyberpunk almost came out eight years ago? Gotcha! This wasn’t a release date, it was the announcement of Cyberpunk 2077 (but back then it was just called Cyberpunk). I just threw this in here for perspective. Cyberpunk 2077 has had a very long development. Technicaly 2077 didn’t enter full preproduction until after the release of the Witcher III’s Blood and Wine expansion, but the point still stands. A lot can happen over the course of eight years. Now sit and think about all the time you’ve wasted in that time. Now, quickly think about something else so you don’t spiral into a self-defeating depression. Need a distraction? How about another release date!

Official Ranking: ★★★★☆
This was Cyberpunk 2077’s first official release date. Honestly, it’s probably one of the best release dates that Cyberpunk ever had. All of the days in April are pretty great because they’re not too hot and not too cold. Also, this month is home to April Fools’ Day, which is one of the most underrated holidays. However, it turns out that the real fools were the ones who thought that Cyberpunk was coming out in April. What a bunch of rubes! Instead, we got to spend more time with Resident Evil 3, which came out on April 3. Honestly, I think we all kind of knew that we weren’t going to be playing Cyberpunk this month.

Official Ranking: ★★★☆☆
This was Cyberpunk 2077’s second release date. I’ve always said that September 17 is easily one of the top three days in September. The fall colors are starting to bloom, and the pumpkin-spice lattes are finally ready for harvesting. Boy, what else can I say about this day? Ummm, well we got to play the 1.0 release of Hades on September 17, so that was a nice consolation prize … You know, maybe this wasn’t a good idea for a list. Seriously, why did my editor approve of this article?

Official Ranking: ☆☆☆☆☆
Don’t get me started on November 19. What a total garbage day. Personally, I think it’s too close to Thanksgiving, and no one should ever release a game on this day. Of course, that’s not really what makes this a bad day. Naturally, when everyone always thinks about November 19, 1954, they think about when the U.S. installed the first automatic toll collection machine in Union Toll Plaza on New Jersey’s Garden State Parkway. Talk about gross. November 19 is also World Toilet Day and International Men’s Day. Do you think that’s just a coincidence? Strangely, November 19 was also the release date for the Nintendo Wii back in 2006 (not sure how they got away with that one). I don’t really think this needs to be said, but November 19 is a total crap day to release a game like Cyberpunk 2077. It’s just a turd on the calendar. I think we dodged a bullet, everyone.

Official Ranking: ★★★★★
After several delays, this is Cyberpunk 2077’s final release date. I know that some of you were hoping for a few more delays, but we’ll have to be happy with the ones we have and the memories we made along the way. Of course, the real reason that CD Projekt Red finally settled on December 10 as the final release for Cyberpunk 2077 probably has a lot to do with the fact that it also happens to be celebrity chef Bobby Flay’s 56th birthday. CD Projekt Red must be real fans. Happy Birthday, Bobby!

Official Ranking: ★★☆☆☆
This isn’t a release date, but I wanted to include this because it’s the day that everyone’s copies of Cyberpunk 2077 are set to spontaneously combust and set our consoles on fire. I know that doesn’t give you a lot of time to play the biggest game of the year, but you’ll have to make do with what you have. We don’t make the rules.

If you had fun with this list consider reading it again. It’s free and there is no line! Just scroll back up to the top and start reading. I mean, it’s not like you have the thing memorized, right? Quick, what’s the third word I used in this article? You don’t know, do you? Exactly my point. Get back up there and read this thing again. I think you’ll have a good time.