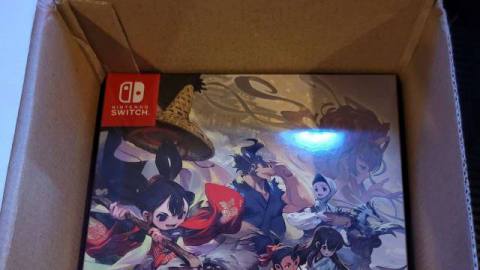 The recently released Nintendo Switch title Sakuna: Of Rice And Ruin is apparently such a convincing farming simulator, the Australian Government’s very own Department of Agriculture, Water and the Environment couldn’t resist taking a look itself.

Australian-based YouTuber Jay RPG recently shared a funny story via Twitter about how this particular department seemingly got “a little confused by the name” of the title.

I think the department of agriculture got a little confused by the name 😂 pic.twitter.com/uuTdYPTiip— Jay RPG (@JayRPGee) November 24, 2020

As you can see in the message above, this local department opened up the box for inspection. Here’s why:

Your package has been opened by the air courier/express carrier for biosecurity inspection by the Department of Agriculture, Water and the Environment.

No items were of biosecurity concern were identified and no goods were removed. The parcel was repacked and resealed by the air courier/express carrier.

The air courier / express carrier inccurs a fee from the department for these inspections. This fee may be passed on to you by your air courier/express carrier, together with any costs they charge.

If you still haven’t worked out what the problem is, it seems the department thought there was possibly rice in there, as noted by Daniel Vuckovic – who runs Australia’s longest running Nintendo website, Vooks.net.

Here’s exactly what the Department of Agriculture, Water and the Environment looks for in mail articles, according to its webpage:

“We assess all mail articles arriving at Australia’s international mail centres. Our biosecurity officers and detector dogs look for risk goods such as food, plant material (including seeds, cacti and succulents) and animal products (including meat and pet food).”

In our own review of Sakuna: Of Rice and Ruin, we said this game was an “incredibly detailed rice farming simulation” and well…we guess this proves it. Have you played this game yet? What do you think so far? Leave a comment below.