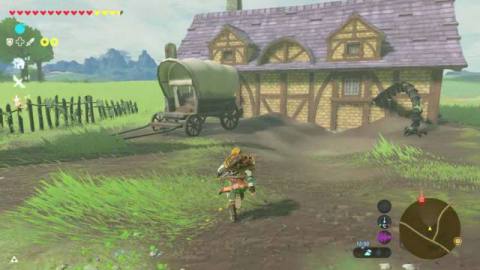 Hyrule Warriors: Age of Calamity may be just around the corner, but Zelda fans are already taking things into their own hands to experience Hyrule in a whole new light.

As fans of the series will likely know, the upcoming Hyrule Warriors game will let us see the world of Zelda: Breath of the Wild as it was 100 years ago. This means that we’ll get to see familiar locations in all their grandeur before they were ultimately destroyed during The Great Calamity itself.

As spotted by GamingReinvented, the video above shows a fully restored Sacred Ground Ruins as well as new towns and labs, all made to look like Hyrule 100 years ago. There’s still work to be done – plenty of locations still need to be added, and NPCs and the like aren’t appearing as they should – but you’ve got to admire the dedication.

Thankfully, you won’t need to go to all of this effort yourself – Hyrule Warriors: Age of Calamity is just days away, launching on Switch on 20th November.