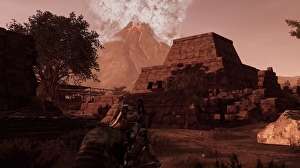 PUBG Season 11 is kicking off at the end of this month, and it seems like the season will update some features of South American map Paramo, along with a couple of tweaks to spawn rates and game mechanics.

Season 11 heads to PC on 31st March and consoles on 8th April, bringing with it some alterations to Paramo: players can expect to find terrain improvements and extra field cover, along with an “expanded dynamic world system” (a feature that switches up major landmarks between matches). The item spawn rates in the Secret Room and for the Care Package Helicopter are also being increased, while players will now have the ability to “create custom games with the map”. With the new additions, perhaps they should rename the map to Paramore – I can’t imagine that’s taken.

Something that really does sound a little different is the new Emergency Pickup mechanic, providing players with a new way to travel across the map. Players can use the item to deploy a “high-altitude fulton balloon”, which once fully inflated, will call in an airplane to pick up the players after a one-minute wait. The players then get hoisted into the air, and carried towards the centre of the white zone – unless they choose to jump out early, and parachute back to the ground. PUBG Corp describes it as a useful way to outrun the blue zone or find a remote area to loot, but explains it’s also a heavy item and can draw the attention of nearby players. Use at your own risk.