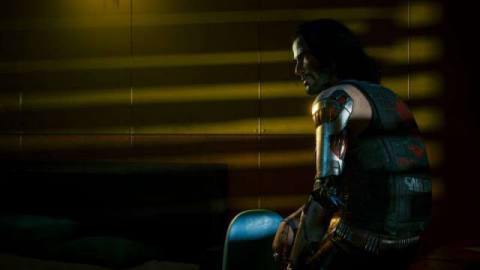 While CD Projekt RED itself has been sharing an abundant amount of content regarding Cyberpunk 2077 following several notable delays, the team has tried to keep cohesive story details broken up to give fans something to look forward to. That being said, the street date for Cyberpunk 2077 appears to be broken for at least one person, so be careful online with spoilers because they weren’t shy about streaming it.

The current release date is set for December 10, but Christmas came early as one PS4 player took to streaming the new game. The player chose the Nomad path, bypassing the intro character creation, and chose to share the prologue of the game itself and the beginnings of the story.

There are a few more reported incidents of the street date being broken, but only one, seen above, showing off proof of the game in-hand. We’re not going to link the stream but if you’re worried about missing anything particularly cool, the stream was pretty uninteresting. The pair gaming seemed pretty out of it and spoke over most of the in-game sound.

We’re not your mom, we’re not here to tell you what to do, but if you’re not absolutely crawling out of your skin to see more Cyberpunk 2077, we’d recommend just steering clear and wait for a solid video or just to play it for yourself.