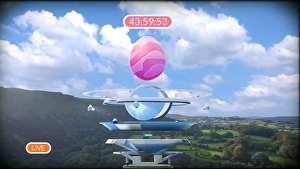 Pokémon Go has been teasing a curious raid egg, which is set to hatch later tonight.

The game’s social media accounts began trailing the development on Saturday, with the first of four videos (to date) teasing a pink egg with a six-hour countdown. Fans excitedly waited six hours, to be greeted by a new video, now with a 44-hour countdown.

Immediately, fan speculation went into overdrive, and some lofty suggestions were made. Could it be Zygarde, the Gen 6 Legendary made up of many individual cells? Perhaps Niantic was introducing it cell by cell?!