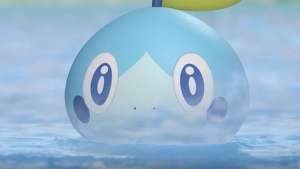 The Pokémon series has always encouraged players to look after their Pokémon, raise them right, and defend them against the clutches of Team Rocket.

The Pokémon series does not suggest you should genetically modify your Pokémon friends and then sell them for money. Nintendo isn’t particularly keen on you doing this either.

Which brings us to today, and the arrest of a 23-year-old Japanese man for allegedly hacking and selling a Sobble.