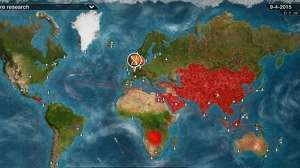 Plague Inc: Evolved DLC The Cure is available on Steam for free from now “until COVID-19 is under control”.

The previously-announced free DLC – which is out now and requires base game Plague Inc: Evolved – tasks players to “take control and stop a deadly global pandemic by any means necessary. Allocate resources to boost testing capacity, make facemasks compulsory, lock down countries or investigate experimental treatments in Plague Inc.’s biggest expansion ever!”

It’s a switch from the game’s base game that introduces several new game mechanics to help the player end the spread of disease, not aid it.