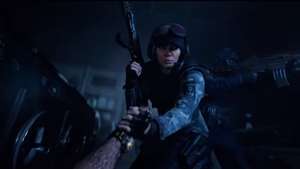 Over an hour of gameplay from a Rainbow Six: Parasite technical test has leaked. It’s the first time we’ve seen the game running in any form.

The gameplay, spotted by VGC, was streamed live on Facebook Gaming from someone who claimed to have recently received an invitation to play a Rainbow Six: Parasite technical test on PC. Clearly, they didn’t seem to take much notice of Ubisoft’s non-disclosure agreement.

The same gameplay was subsequently uploaded to YouTube, although I suspect it’s not long for this world: