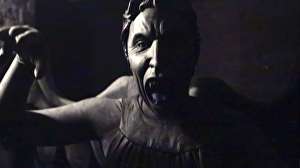 Blink, one of Doctor Who’s best ever episodes, is getting a mobile game sequel.

Doctor Who: The Lonely Assassins launches for iPhone and Android on 19th March, and has been designed as a “found phone” game with new live-action performances from Doctor Who characters.

UNIT expert Osgood is investigating the events of the legendary Blink episode, and the subsequent disappearance of Larry, one of its characters. (Blink star Finlay Robertson returns as Larry, alongside Ingrid Oliver as Osgood.)