Nvidia’s cheapest 30-series card yet offers ray tracing on a budget – and a strong performance leap on its predecessor.

Hardware generations are generally pretty predictable. That’s why, when Nvidia revealed the new GeForce RTX 3070, 3080, and 3090, a certain subset of gamers immediately asked one question: when’s the 3060? Well, the answer is now, with the release of the Nvidia GeForce RTX 3060 Ti – the cheapest current-generation card Nvidia has on offer, but nevertheless an impressively powerful piece of kit.

If you can get your hands on one – which will surely be a challenge based on the stock shortages of other cards – the RTX 3060 Ti will set you back $399 / £369, putting it quite a clip cheaper than trying to lay your hands on a new next-generation console. But can you get next-generation performance from it? Well, sort of – it depends on your outlook.

Nvidia’s shouty statistic this time around is that the 3060 Ti is faster than last generation’s RTX 2080 Super. This follows with the rest of the 30 series, where even the lower-end cards offer significant performance boosts over significantly pricier last generation cards. That claim was borne out nicely in our testing, so long as you have realistic expectations about in-game settings, in particular resolution.

Take Forza Horizon 4, for instance. This is a game that all of the current-generation cards can comfortably max out with all of the bells and whistles, and the 3060 Ti falls in right where you’d expect. It also proves a solid example of how resolution affects this cheaper card’s performance. At 1080p it smashes the 120 frames per second barrier, outperforming the last-generation 2080 Super by 5-10 fps. At 1440p, expect to hover around or slightly beneath the 100fps mark – still impressive. Go all the way up to 4K and you’ll still scrape a comfortable and solid 60fps – though barely. 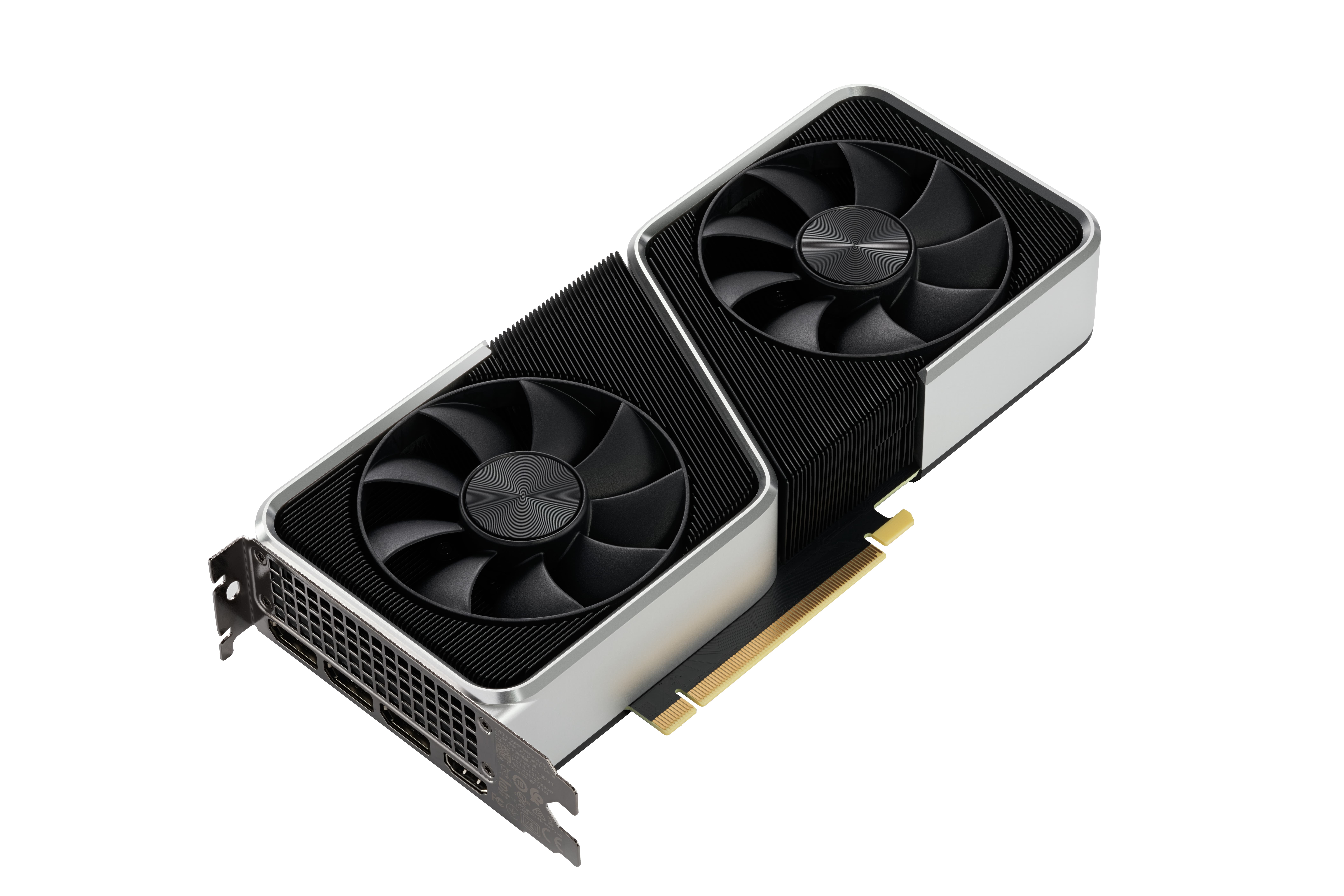 If we hop over to a game with more modest performance like Assassin’s Creed Odyssey with Ultra settings, that resolution impact is again made clear. At 4K, the 3060 Ti always delivers in excess of 30fps but always well below 60, mostly hovering in the middle of that. Drop down to 1440p and you can enjoy stable play at over 60fps. Drop down further to 1080p and suddenly you have frames in the 80s, sometimes even stretching up to around 100fps. Similar is true in new entry Valhalla, too, though that game runs slightly slower in general.

In our review of this card’s bigger brother, we described the RTX 3070 as “the new 1440p king” – and that title hasn’t been assailed by this release despite its decent 1440p chops. Instead, perhaps think of it this way: The 3070 is a 1440p card with some nice 4K upside should you wish to bump resolutions that high, especially in older games. The 3060 is a 1080p card with a solid 1440p upside likewise.

A major factor in upgrading to one of the 30-series Nvidia GPUs is the other features and bonuses they offer aside from raw performance. There’s brilliant apps like Nvidia Broadcast, for instance – really useful for all those locked down conference calls and hangouts – but for gaming the most important aspects are ray tracing and DLSS, which combine to give you significantly better performance in modern games.

An older flagship game for these features is Shadow of the Tomb Raider, which uses ray tracing for enhanced shadows and lighting and DLSS to prevent the aforementioned effects from tanking the frame rate. With both turned off and at 1440p, the 3060 Ti delivers well in excess of 60fps. Turning ray tracing to the maximum will tank that frame rate to somewhere just north of 30fps – but flick on DLSS and you’ll be back to enjoying a solid, smooth, 60fps-plus experience.

This is a more modest card with matching reserve in its specification, but it’d be unfair to suggest this is anything but a significant leap over the last generation, just as with all of the other 30-series products Nvidia has released so far. It’s a massive jump – more so than previous GPUs with a 60 designation – and that’s demonstrated in how upgrading from its direct predecessor might also mean a CPU change – where previous 60 cards recommended 500W system power or less, the 3060 Ti thirstily demands 600W.

The same slick form factor as the rest of the generation is retained, continuing the tradition of these 30 Series Founders Edition GPUs being the best-looking ones Nvidia has ever released – and with remarkably solid cooling, also. This entire family remains something of an admirable feat in industrial engineering. This also means the ports are familiar to the rest – once again featuring an upgrade to HMDI 2.1 and a trio of displayport outputs. 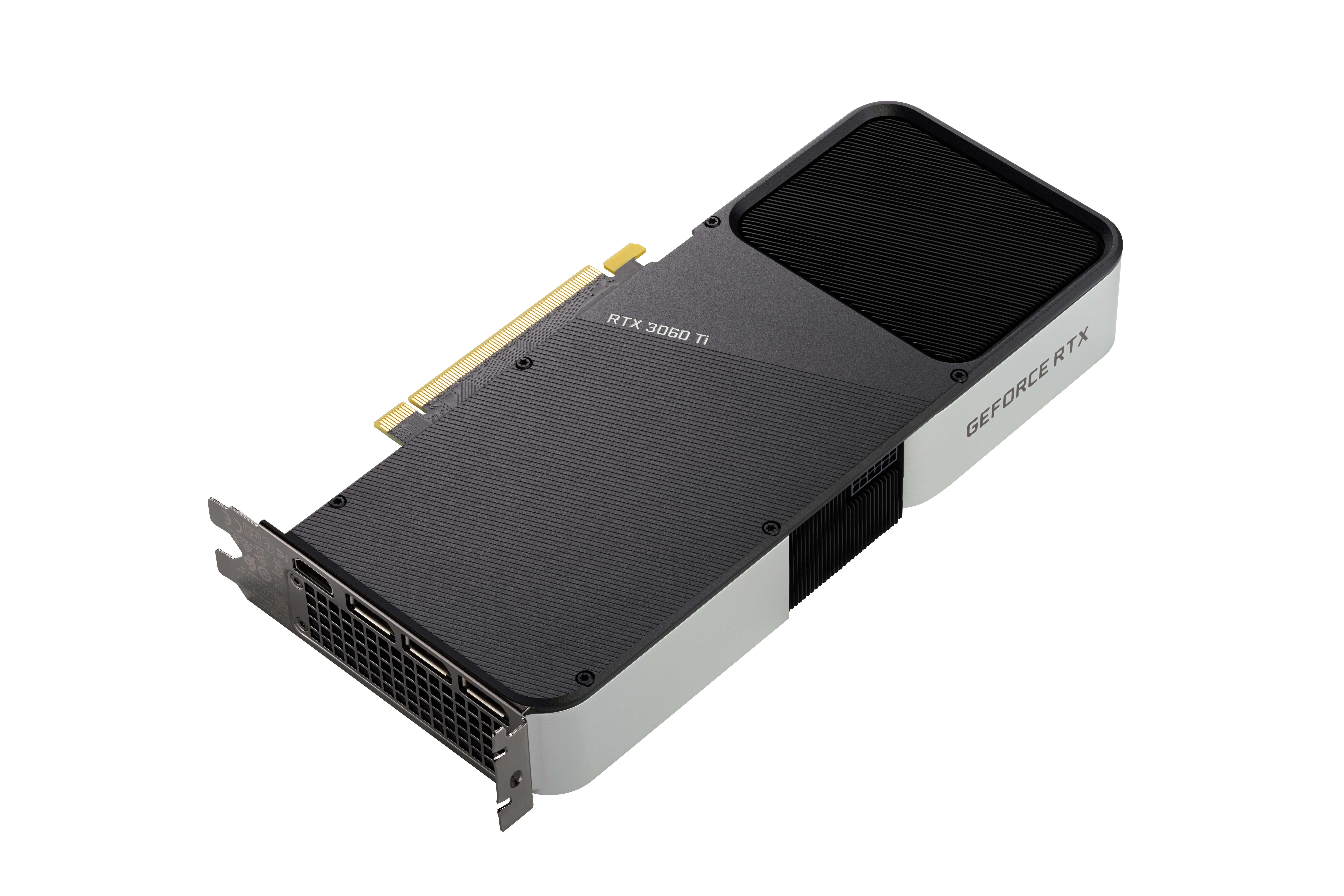 The price is decent, but perhaps not mind-bogglingly compelling in the same way as its beefier siblings. Don’t get me wrong – this card is hundreds cheaper than the last-generation card it bests, the 2080 Super. But at the same time, when considering performance drop off, the jump from the 3060 Ti’s $399 to the 3070’s $499 definitely makes the latter feel the better value. If you can afford the extra $100, the 3070 is still the most enticing of this range.

Not everybody wants to spend that, however, and this is perhaps the most compelling reason to buy a 3060 Ti. If you want to play the likes of Cyberpunk 2077 with ray tracing on and aren’t interested in or can’t justify the cost of the cards that’ll run it at 1440p or 4K, you can get a 1080p ray-traced and DLSS powered experience in the 3060 Ti. That’s what our testing indicates on the games we tested, anyway – we’re excited to test Cyberpunk with this when it releases.

The 3060 Ti is another strong showing from Nvidia; another card that works well within its class, defining itself as something unique in the range, making a worthwhile offering to users not as interested in pushing every setting to maximum. It’s all reasonable: reasonably priced, with reasonable power draw, and reasonable performance: but it still opens up those next-generation RTX features. It feels like a good deal – and now it remains to be seen how AMD responds. 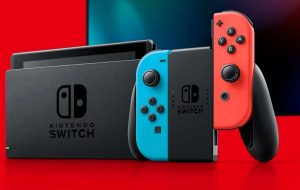 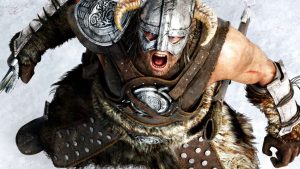