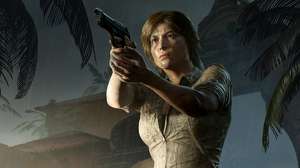 Netflix has snaffled up another iconic video game property to add to its increasingly teetering pile of animated TV adaptations, with the streaming service this time having set its sights on globe-trotting archaeologist Lara Croft and the Tomb Raider franchise.

This latest Tomb Raider adaptation is being produced in collaboration with Legendary Entertainment and will pick up after the events of Lara’s recent video game trilogy, developed by Crystal Dynamics and Eidos-Montréal. Exactly how far after after those events is currently unclear, meaning we could end up with anything from the prequel trilogy’s perpetually anguished Lara to the considerably more charismatic protagonist of earlier games.

As reported by Variety, Tasha Huo will write and executive produce the animated Tomb Raider adaptation (his previous credits include The Witcher: Blood Origin and Red Sonja), alongside Dmitri M. Johnson (Sonic the Hedgehog), Stephen Bugaj, and Howard Bliss.