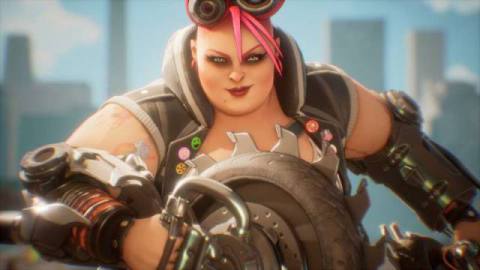 Ninja Theory has confirmed that there will be no new updates for the 4v4 multiplayer game, Bleeding Edge. While the online title will still be playable on Xbox and PC, it will not be further supported with additional content.

The studio took to the game’s official Twitter account to break the news and thank players for enjoying its online experience. “With the studio now focuses on our new projects (Senua’s Saga, Project Mara and The Insight Project), we have decided that there will be no further content updates for Bleeding edge,” reads the below tweet. The studio continued, saying “The game will still be playable on Xbox and PC. Thank you to the fans and keep teaming up and causing chaos!”

With the studio now focusing on our new projects (Senua’s Saga, Project Mara & The Insight Project) we have decided that there will be no further content updates for Bleeding Edge. The game is still playable on Xbox and PC. Thank you to the fans & keep teaming up & causing chaos!

While it’s sad to see that future support by way of new content is a no-go, it is good that the team clarified that the base experience is still available for all to enjoy, especially since the title hasn’t been out for a full year yet.

For those that may be scratching their heads at what Bleeding Edge even is, it is a chaotic team-based PvP experience that has an impressive array of characters to play as. While the reviews are mostly positive on Steam, the player count is still a little on the lower side and now with the news that no new support is on the way, newcomers joining in on the fray seems a little more unlikely. That being said, it’s $29.99 right now on Steam and free for Xbox Game Pass members, so if you are interested in seeing what sort of chaos you can contribute, it’s a good time to check it out! You can also watch us take for a spin in this episode of New Gameplay Today.

Plus, you can play as a black-metal rocker that has killer (literally) guitar solos, why wouldn’t you want to check that out?

As for what else Ninja Theory is working on, they have quite a few games coming down the pipeline, but I’m most excited to see the continuation of the Senua franchise with Senua’s Saga: Hellblade II. You can learn more about what the upcoming sequel has in store with our previous coverage right here.

Have you been getting down in the world of Bleeding Edge? Thoughts on the game so far and the decision to halt future updates? Sound off in the comment section below with those spiciest of spicy takes.