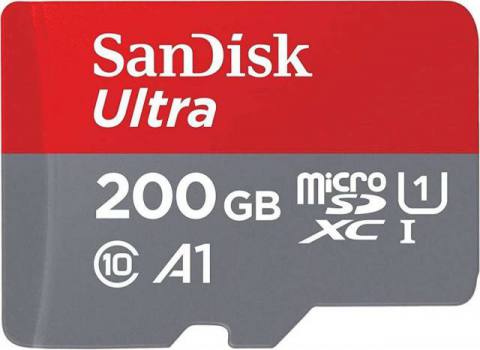 If you own a Switch, then chances are you’re all too familiar with the machine’s storage-based woes. The measly 32GB that comes built-in to the base console tends to fill up in a flash.

In fact, as soon as you’ve bought a couple of mid-sized games, you’ll need to find a way to upgrade. And to do that, you’re going to want a Nintendo Switch SD card.

Though essential, extra storage is never the most exciting purchase. Fortunately, this Black Friday, there are deals that will make it a relatively painless one: at least you can feel good about saving some money.

Depending on what you’re after, Amazon has a couple of Micro SD card discounts worthy of your attention.

Currently, the cheapest option that won’t run out of room in the blink of an eye is the 128GB SanDisk Micro SD card. They’re selling for £13.99, meaning SanDisk has knocked £2 off. Or at least, that’s what Amazon claims, but in the recent past this model has hovered around the £20 mark. This is one deal that’s probably even better than it looks.

But if you want real value for money, and an SD card that may well last the lifespan of your Switch, right now it’s not such a big step up to the 200GB version. Usually priced at £34.72, the current discount of 45% brings it down to just £18.99. Not too shabby!

If you’re after an SD card that’s top of the range, there’s also the Nintendo licensed 256GB variant. We wouldn’t typically recommend this, since it’s fairly overpriced, and the only real benefit to going official is a little star decoration you’ll never look at. (It won’t make your card invincible, either.)
They’re currently selling at half price, which makes them a fair bit more appealing, but that’s still a hefty £39.99. It really depends whether or not you’ve got cash to splash and think you’ll be able to use the additional 56GB!

Need some cheap games to put that extra space to use? Got a taste for discounted Switch accessories? Head on over to our Nintendo Switch Black Friday hub, and you’ll find all the latest deals in one handily-curated list. Keep an eye on our Twitter too, for more deals than the mind can possibly comprehend.