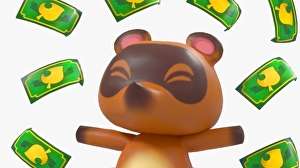 The latest Switch sales figures are in, and the momentum behind Nintendo’s hybrid console is clear.

Nintendo Switch is now on 79.87m consoles sold, enough to beat the lifetime total of the mighty and long-lived Nintendo 3DS, which recorded 75.94m over its years on sale.

In the three months covering the 2020 holiday sales season, October to December, Switch sales were up seven per cent year-on-year, with 27 per cent of those sales for Switch Lite.