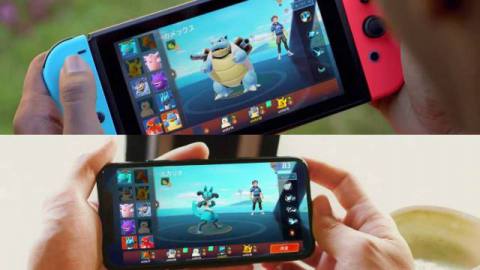 Back in June, The Pokémon Company surprised fans with the announcement of a brand new team-based battle game called Pokémon Unite. It’s a cross-platform title for the Nintendo Switch and mobile devices.

During Nintendo’s recent six-month financials Q&A, president Shuntaro Furukawa was asked about the company’s thoughts about cross-platform play. In short, Nintendo has “no plans” for this type of connectivity in any Nintendo game. Here’s his full response:

Furukawa: After advance discussions with The Pokémon Company about Pokémon UNITE, it was decided that given the genre of the game and the anticipated player population, a crossplatform format was appropriate. That said, we have no plans for cross-platform play for Nintendo titles.

Of course, in order for cross-platform play to get off the ground – you first need a game published across multiple devices.

Right now, about the most interaction we’ve seen between a Nintendo mobile game and a Nintendo Switch game is some minor connectivity between titles like Animal Crossing: Pocket Camp and Animal Crossing: New Horizons – where you link your Nintendo account with both games to receive some special rewards.

Would you like to see Nintendo release a game by itself that can be played across multiple devices? Are you a fan of cross-platform play yourself? Let us know in the comments.