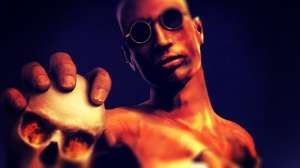 Shadow Man: Remastered, Nightdive Studios’ enhanced version of Acclaim’s much-loved 1999 action-adventure, finally has a release date and will be coming to PC on 15th April.

Shadow Man, based on Valiant Comics’ Shadowman series, charts the adventures of Michael LeRoi, the latest in a line of voodoo warriors all adopting the Shadow Man moniker.

What follows is a battle against the forces of darkness, in the form of a third-person shooter, as they attempt to cross over to the land of the living. It’s a battle that plays out in the real-world, known as Liveside – with locations including the streets of New York City and the swaps of Louisiana – as well as its terrifying counterpart, Deadside.