Last year, an extensive Immortals Fenyx Rising trailer delved into the post-launch content that Ubisoft Quebec had been planning. Three narrative-based expansions were slated to arrive alongside a Season Pass. The first expansion, “A New God,” dropped earlier this year. The second expansion, however, launched today.

Titled “Myths of the Eastern Realm,” the narrative DLC follows the adventures of a new protagonist named Ku, a hero inspired by Chinese mythology. Ku must help the goddess Nuwa restore the fractured sky to preserve the natural balance of the world. Similar to the base game’s loop, you’ll have to defeat legendary deities and terrifying monsters while completing a bevy of different puzzles, but to the backdrop of Chinese lore. Your skills in martial arts will prove to be your most valuable asset while exploring the open world. Additionally, Ubisoft’s Chengdu studio led the development of the expansion with the hopes of preserving and staying true to Chinese culture with distinctive art and narrative design.

If you’re still unsure whether or not Immortals Fenyx Rising is for you, you can get a feel for the gameplay and story beats by playing the demo (available on all platforms, including Stadia). We enjoyed our time with Immortals Fenyx Rising so much that it made our Top 10 Games of 2020 list. In his review of the game, Brian Shea said, “Immortals contains all the ingredients I want from an epic, open-world adventure steeped in mythology. With empowering combat, rewarding exploration, and a story that shines a spotlight on its characters through humor, Immortals Fenyx Rising leverages its myriad inspirations to discover its own identity and deliver an outstanding open-world experience.” 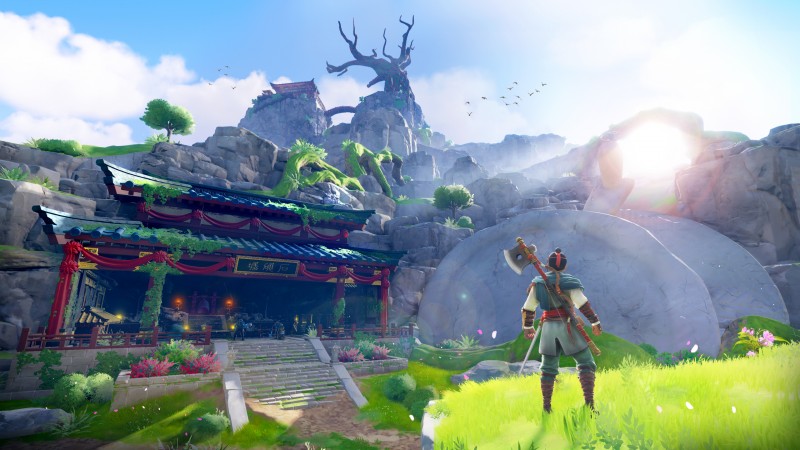 Immortals Fenyx Rising also graced the front cover of Game Informer Magazine last November. We’ve covered the methodology behind its puzzle design, the effectiveness of the script’s comedic themes, and much more.