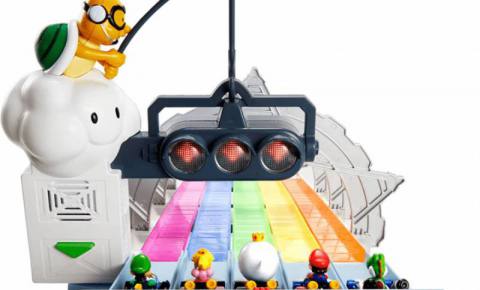 Hot Wheels is teaming up with Nintendo once more for a new Mario Kart Rainbow Road track because the pain and shame of this particular road in-game weren’t enough. The new Rainbow Road Raceaway kit is set to launch this May and its reveal? Weirdly veiled.

With Mar10 day taking place on March 10, Nintendo shared a few ways to celebrate the iconic Super Mario franchise. While some additional merch was shared, the Rainbow Road Hot Wheels kit was nowhere to be seen until a few days later when the entire Raceway kit made its way onto Amazon with pre-orders now open.

According to the listing, the new Hot Wheels Mario Rainbow Road Raceway kit is slated to debut on May 29 and features “Mario and King Boo Karts” to enjoy. At retail value, the new playset runs at $119.99, but at the time this article was written the current listings are for outside sellers with a price tag of over $400. 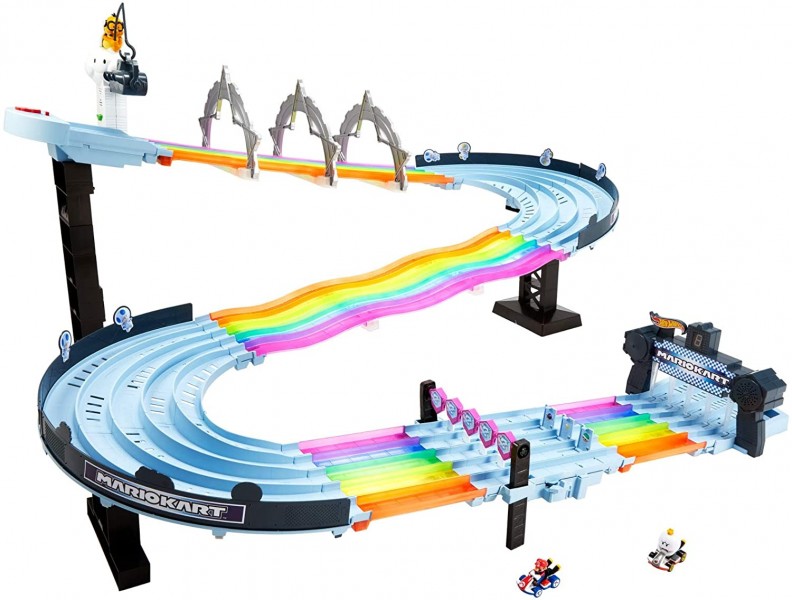 If interested, don’t rush to buy yet. It’s possible the pre-order link went live prematurely and that additional sellers are looking to capitalize on the nostalgia of it. Since there has been no official announcement at this time, it’s possible that if a Nintendo reveal does happen, that normal stock will become available. In the meantime, the die-cast vehicles from the beloved Mario Kart series are still available alongside some other great tracks as seen here.

What do you think about a Rainbow Road Hot Wheels track? What other famous (or infamous) gaming tracks would you like to see Hot Wheels bring into the real world? Sound off with your thoughts in the comment section below! You can also see what else is new in the world of Hot Wheels with our previous coverage here.