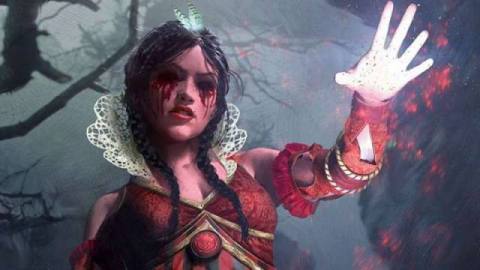 As progress continues for Netflix’s The Witcher season 2, new casting choices have been revealed from the streaming company to show who else we can expect to see from the upcoming continuation, including my girl Philippa Eilhart.

Netflix took to Twitter to reveal the new faces joining the fray, including Dijkstra and Philippa Eilhart reunited once more. According to the latest Witcher-related tweet, we’ve got quite a few new additions for the show’s second season:

Fans, in particular, are excited to see Philippa Eilhart’s confirmation for the new season. Before his death, she was King Vizimir’s advisor and a mighty sorceress with her polymorph power. She’s also estimated to be a few centuries old, giving her even more time to hone in her immense power.

There is a huge narrative surrounding her story arc, especially concerning the Witch Hunts, so it will be interesting to see how this show highlights who she is and her place within this world.

Graham McTavish as Dijkstra is also an exciting addition, as well as Nenneke and Fenn.

The Witcher season 2 will be much darker than the prior events of season 1. Thankfully, the team has taken the feedback from the first season to heart, including a design and narrative standpoint. Thankfully, one critical portion of the implemented feedback is making the Nilfgaard armor resemble armor versus the weird tree testicle visage first witnessed in the pilot.

[Spoiler] Season 2 will see the return to Geralt’s childhood home of Kaer Morhen, where the hope for peace is long gone for our cast of beloved characters. With Yennefer’s return from her perceived death and even more characters from the series making their on-screen debuts, Netflix’s The Witcher season 2 is the highly anticipated continuation of where this show can lead fans.

Are you excited to see the latest casting regarding Netflix’s The Witcher season 2? Anyone you would have preferred to see instead? Sound off with your thoughts in the comment section below. Geralt would want you to.