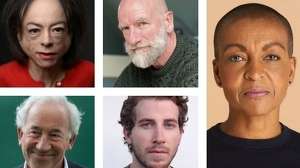 After a couple of coronavirus-related wobbles last year, production on the second series of Netflix’s The Witcher adaptation is now well underway – and new casting details have confirmed some of the stars set to bring a range of familiar characters to life as the season rolls on.

Perhaps the biggest name to featuring in Netflix’s latest casting announcement for The Witcher’s Season 2 is Simon Callow, who takes on the role of Codringher, the Dorian detective. He’s joined by Silent Witnesses’ Liz Carr, who’ll be playing business partner Fenn.