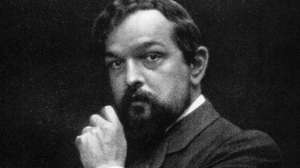 Next on Music Week, a look at how a specific movement in art and music might be an especially good fit for games.

Despite being considered the most important composer in the impressionist movement, Claude Debussy was not fond of the label. “I am trying to do something different, an effect of reality… what the imbeciles call impressionism,” Debussy wrote in 1908.”A term which is as poorly used as possible, particularly by the critics, since they do not hesitate to apply it to [J.M.W.] Turner, the finest creator of mysterious effects in all the world of art.”

Debussy was probably wary of the term due to its dubious art world origins: coined by critic Louis Leroy, it was initially used in a derogatory manner to review an exhibition by painters including Claude Monet and Pierre-Auguste Renoir. “Impressionism” was used to ridicule the painters’ loose brush-strokes and casual composition, which Leroy (and many others at the time) considered unfinished. The term was then applied to Debussy’s music, with critics finding similarities between the painters’ use of contrasting colours, light and blurred backgrounds, and Debussy’s use of orchestral colour and harmony to make listeners focus on an overall “impression”.