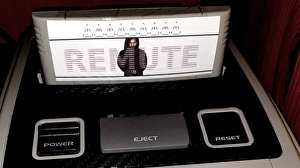 How better to draw Music Week to a close than with a look at what happens when the past and the present collide?

Video game music is big business. Chances are if there’s a game you’re eagerly anticipating, the release of its original soundtrack isn’t close behind, whether it’s conveniently on Spotify or pristinely packaged as a vinyl record from iam8bit or dozens of other specialists that have emerged in the recent years.

Yet for Remute, that’s all a bit too safe and conventional. At least for a producer who specialises in electronic music.