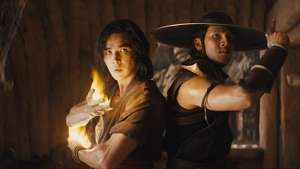 With just months to go until the long-awaited Mortal Kombat movie finally bursts onto screens big and small (in a shower of body parts, naturally), Warner Bros has shed the veil of secrecy and shared first images and story details to placate those eagerly awaiting its April release.

A Mortal Kombat movie reboot has, of course, been long in the works, with Warner Bros first announcing a director and writer for the project – Simon McQuoid and Greg Russo, respectively – back in 2016. Despite its lengthy gestation period, however, not to mention its looming release date, details have been surprisingly hard to come by until now.

That’s all changed though, thanks to a new interview in Entertainment Weekly – released alongside a sizeable collection of first images from the movie – which chats to director McQuoid about his work adapting the iconic video game franchise. The article contains a remarkably thorough plot breakdown, but I’ll stick to the basics to avoid too many spoilers.