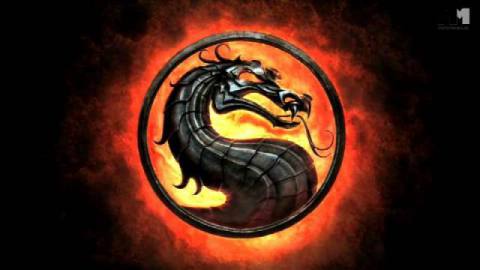 The upcoming Mortal Kombat movie reboot was first announced back in 2018. At first, there was trepidation from fans, but with the casting revealed last year a lot of those worries seemed to dissipate.

The producer for the reboot, Todd Garner, recently revealed that the movie’s release has been postponed indefinitely until the American theater situation is clarified. The film industry, like many others, has been impacted hard by COVID-19, thrusting the American movie theater sect into an uncertain future. That being said, the latest update isn’t all bad news. The producer also confirmed that a few reshoots are happening with the extra time allotted.

Well, I thought by the casts’ social media you would’ve figured out we’re shooting a few more days. We’d always planned for it & thought we’d do it in March. The pandemic had other plans. We won’t have a release date for the movie until theaters re-open. Same for trailer.

As far as the cast goes, here are the names we have confirmed so far:

The movie itself was meant to be launching on March 2021, but it looks like that is all up in the air until we have clarity on the state of the movie industry. The original Mortal Kombat movie (1995) continues to be a guilty pleasure of mine, making the reboot news Mortal Kombat movie reboot something I’m cautiously excited for. Seeing the martial arts tournament that we knew so well from the games in real life (or real screen) was incredible, even if it did get a little bit cheesy from time to time.

For those that missed out on the first movie, here’s the official synopsis:

“Once every generation, there is an inter-dimensional martial arts tournament known as Mortal Kombat, designed by the Elder Gods to limit invasions between the realms of the universe. If the realm of Outworld wins Mortal Kombat ten consecutive times, its Emperor Shao Kahn (voiced by Frank Welker) will be able to invade and conquer the Earth realm. They have already won nine; so this will be their tenth tournament.

“The Shaolin warrior Liu Kang (Robin Shou) and his comrades, Hollywood movie star Johnny Cage (Linden Ashby) and U.S. Special Forces officer Sonya Blade (Bridgette Wilson), were handpicked by Raiden (Christopher Lambert), the god of lightning and Earthrealm’s defender, to overcome their powerful adversaries in order to prevent Outworld from winning their tenth straight Mortal Kombat tournament. Each of the three has his or her own reason for competing: Liu Kang seeks revenge against tournament host Shang Tsung (Cary-Hiroyuki Tagawa) for killing his brother Chan (Steven Ho); Sonya also has vengeance on her mind, pursuing crime lord Kano (Trevor Goddard) who killed her partner; Johnny Cage, having been branded as a fake by the media, seeks to prove otherwise to the world.”

At this time, we don’t have a release date set in stone for the upcoming Mortal Kombat movie reboot.