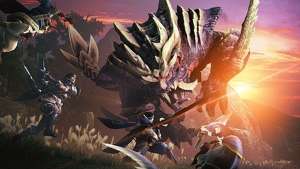 For comparison, Capcom announced it had shipped 5m copies of Monster Hunter World back in January 2018, though that was released for both PlayStation 4 and Xbox One.

Capcom’s “shipped” figures (rather than “sold”) includes digital copies as well as physical copies sent out to retailers but not yet picked up by punters.