Machalite Ore is one of the most useful early mineral materials in Monster Hunter Rise, forming an integral part of many different pieces of equipment.

However, it’s not not as easy to lay your hands on as more common metals and minerals like Iron, since it’s a rare drop from an already limited pool of gathering hubs.

Here’s where to find Machalite Ore in Monster Hunter Rise, along with a few suggestions on how to farm a decent stockpile.

Where to find Machalite Ore in Monster Hunter Rise

The earliest place you can find Machalite Ore in Monster Hunter Rise is from Mining Outcrops in the Sandy Plains. 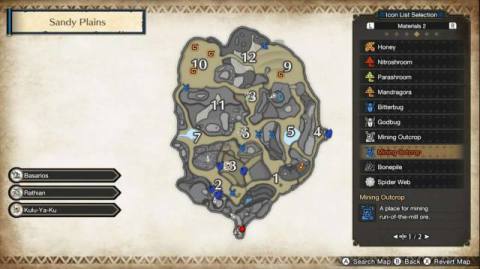 This is the third area you’ll visit during the game, facing monsters like Barroth and Kulu-Ya-Ku.

Machalite Ore is a rare drop from these Mining Outcrops, meaning that you’ll have to harvest multiple spots for a chance at getting what you need.

But before then, you’ll also be able to receive Machalite Ore as a reward for completing Village Quests, as a bonus reward gathered by your Palico at the end of missions, as well as from Optional Side Quests from Hinoa the Quest Maiden.

All you need to do to get your Palico to harvest extra goodies is gather them yourself, and you should have a couple of extras waiting for you when you head back to town.

How to farm Machalite Ore in Monster Hunter Rise

Machalite Ore is more commonly used in relatively early game recipes, meaning you want to start farming it as soon as possible so you don’t outgrow its usefulness.

Mining Outcrops in the Sandy Plains refresh after a short period of time, so you’ll be able to cycle through the same points to economically collect as much as you need.

This is best done in time-unlimited Expeditions, which you embark on by speaking to Hinoa, going to Village Quests, then selecting the Expeditions option from the bottom.

You will need a Great Wirebug from Senior Hunter Harenaga in Kamura Village.

Below, we’ve laid out a continuous route that goes through 7 Mining Outcrops, with the first one ready to harvest again when you come back around: 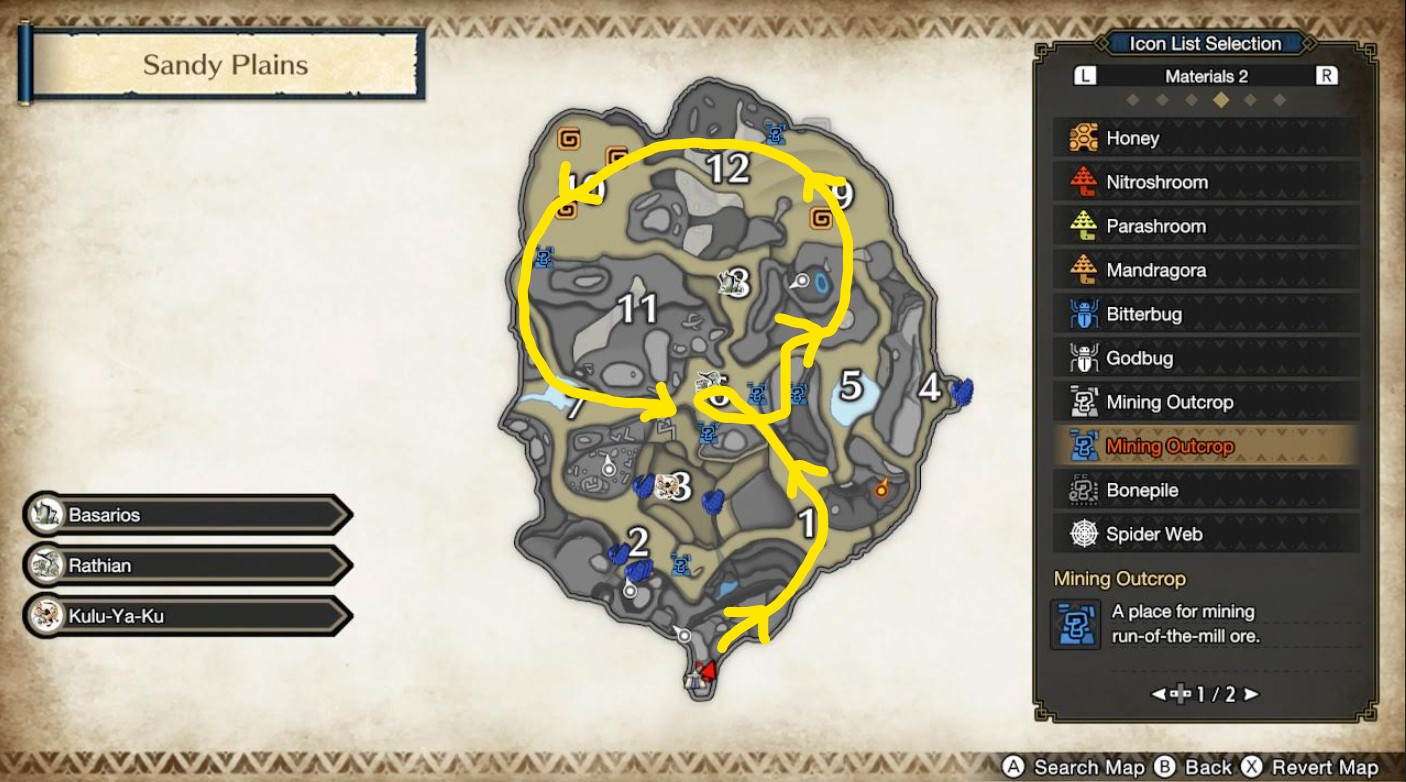 To farm Machalite Ore, from your spawn head to Area 6 in the centre of the Sandy Plains – here you’ll find 2 Mining Outcrops on the south (bottom) and east (right-hand) corners of the area. 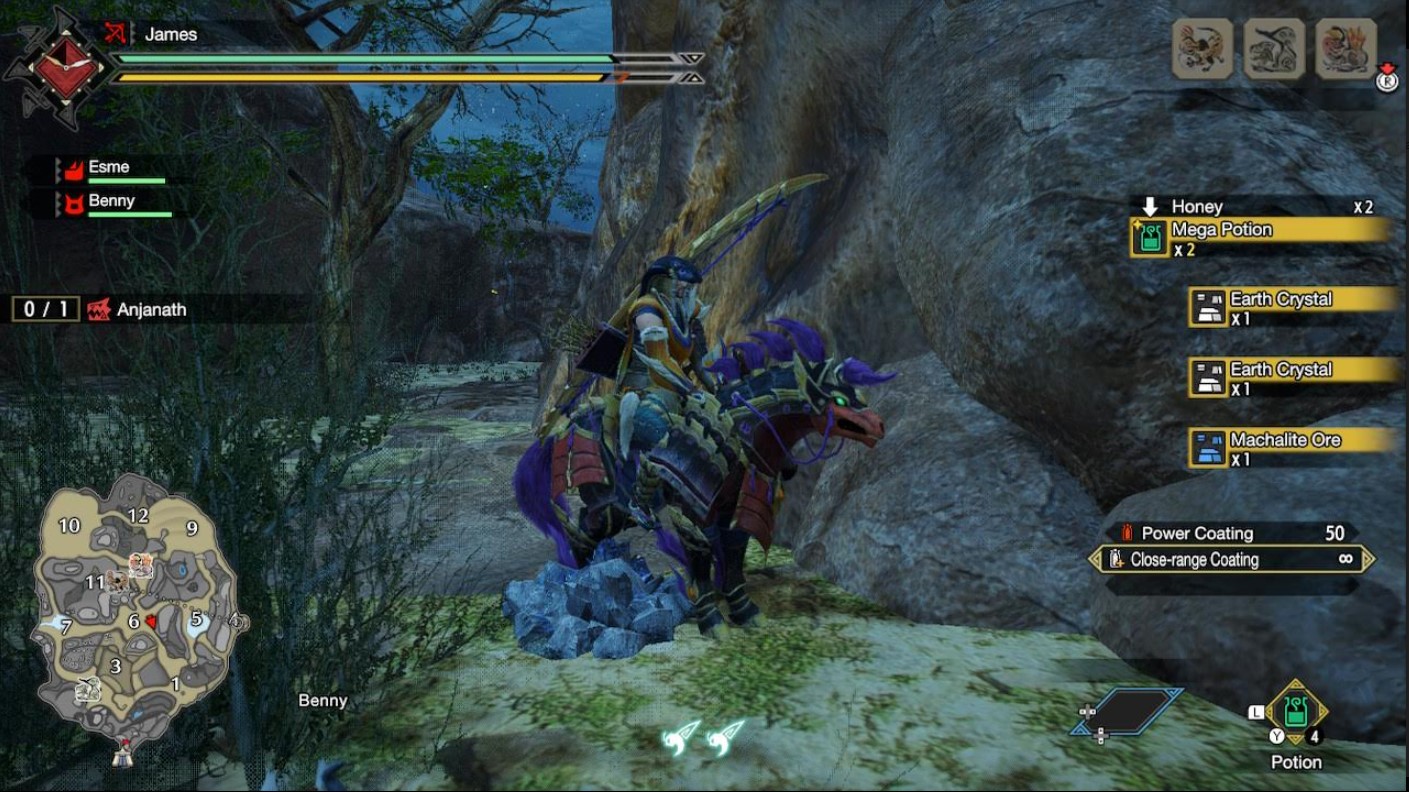 Next use your wirebug to climb over the hill on the right between area 6 and area 5, drop down on the other side and there’s another Outcrop in the lower path. 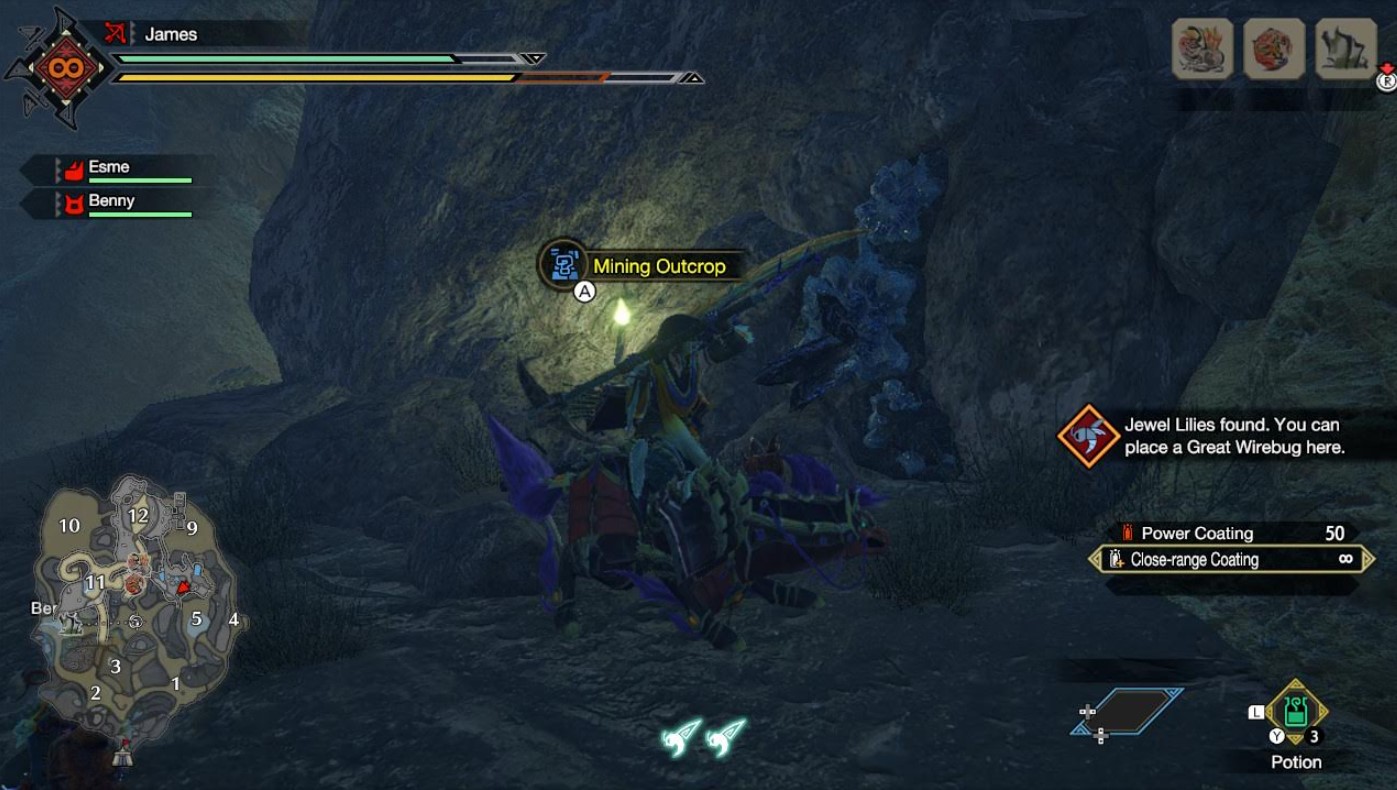 Follow this path north into the lower caves, then take the first right. There’s another Outcrop on your right here, then use the Jewel Lilies in front of you to hitch a ride back up to the surface next to the path that leads into Area 9. 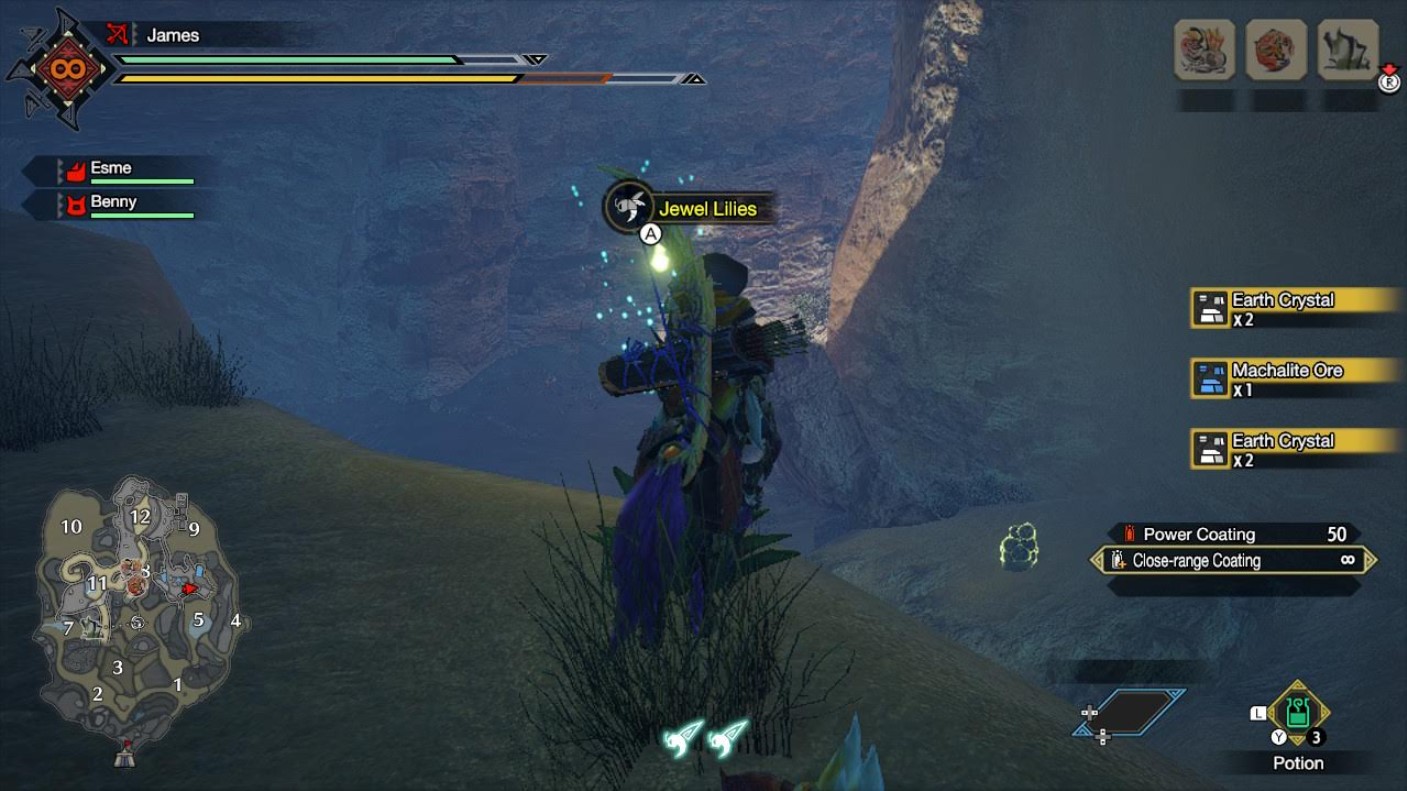 Collect the Mining Outcrop off the northern edge of Area 9, then go around to the left to grab the one at the bottom of Area 10.

You can then loop back around through Area 7 back to Area 6 and start all over again.

What is Machalite Ore used for in Monster Hunter Rise?

Machalite Ore forms a constituent part of many equipment sets in Monster Hunter Rise, including the Wroggi, Aknosom, and Barroth armors, as well as a large amount of weaponry.

Visit the Smithy in Kamura Village and surf through each of the weapon trees to get a sense of how often it comes up.