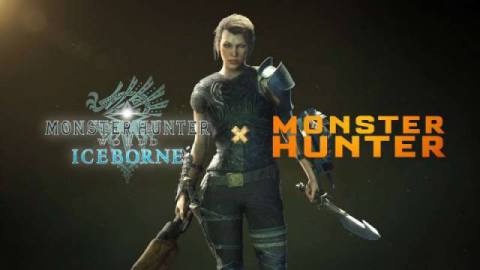 The upcoming Monster Hunter live-action movie starring Milla Jovovich is almost ready to launch and to celebrate, Capcom is bringing the film’s influence into the Monster Hunter World: Iceborne with a new crossover.

The latest crossover event will kick off this week on December 3 and will include two of the leading characters. A playable version of Milla Jovovich’s character will be among the added characters with Artemis. While it’s not the Capcom venture she’s known for, it is a neat little mashup for those excited for the film following the most recent Palico-driven trailer.

The new event kicks off on December 3 at 4 PM PST and will include two new limited-time only Event Quests with a two-part single-player story starring Artemis herself. Jovovich will be voicing her in-game counterpart with the added NPCs speaking in “Monster Hunter language.” Capcom even added a cheeky little winking face following the latter part of the reveal.

As with previous event quests, completion will offer exclusive themed rewards to celebrate the upcoming release of the Monster Hunter movie. Regarding what the two new quests will have to offer, Capcom had this to say:

The first Event Quest on the menu is called “The New World” pits Artemis against a fierce Black Diablos in the Wildspire Waste. Once you clear this one, you’ll get materials to craft the Artemis α+ armor set, from the “Monster Hunter” movie.

As proof your victory over Black Diablos, the armor set features handy skills to help in future Diablos hunts, such as Earplugs, Health Boost, Stun Resistance and the set bonus skills Hasten Recovery (usually found on the Nergigante armor) and Great Luck.

The second Event Quest, “To Our World” will show up after you clear “The New World” and will provide a much bigger challenge… a Rathalos!

The new event hails before the arrival of the Monster Hunter movie, which is slated for a December 25th release in theaters.

What do you think about the latest crossover to become available in Monster Hunter World: Iceborne? What do you think of what we’ve seen from the upcoming movie thus far? Sound off with your thoughts in the comment section below. Do it for the Palicoes!