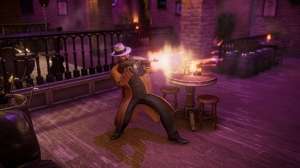 Empire of Sin, Brenda and John Romero’s mobster-themed strategy game, will be making its way to Xbox and PC Game Pass on 18th March.

Empire of Sin, if you’re unfamiliar, drops players into the seedy side of 1920s Prohibition-era Chicago and tasks them with building a formidable crime empire from the ground up. The ultimate goal is to become mob king or queen of the city – a climb that’ll require a blend of business savvy, intimidation, and, inevitably, violence.

Bribery and black market trading are perfectly valid tools in your quest for criminal supremacy, and you’ll also want to establish protection rackets or set up respectable fronts for all your dodgy business ventures – including speakeasies, breweries, casinos, and brothels.