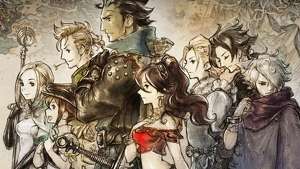 There was once a time when Xbox Game Pass announcements would come along every month – or every couple of weeks, at most. This week, however, is not one of those weeks.

Confirming the raft of upcoming games headed to the service today, Microsoft has snuck in one more title worthy of mention: Square Enix role-player Octopath Traveller. Previously available on PC and Nintendo Switch, it’ll jump onto Xbox Game Pass for PC and consoles on 25th March.

It’s been an extraordinarily busy few days of Xbox Game Pass news, with some eye-opening additions announced. To recap, the promising Outriders will launch via Xbox Game Pass on day one after a positive response to its demo. Cult favourite Undertale hits Game Pass as it finally arrives on Xbox today, 16th March many years after its debut elsewhere.