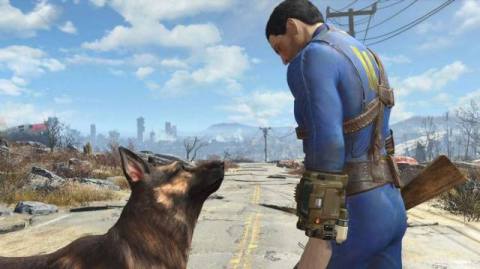 “We don’t have intentions of just pulling all of Bethesda content out of Sony or Nintendo.”

Following Microsoft’s $7.5bn acquisition of ZeniMax Media – the parent company of Bethesda, id Software, Arkane Studios, MachineGames, Tango Gameworks and more – back in September, many were eager to learn how competing platforms would be impacted. Now Xbox chief financial officer Tim Stuart has offered additional clues on Microsoft’s future strategy, suggesting Bethesda’s games will be “either first or better or best” on its platforms.

Speaking at the Jefferies Interactive Entertainment Virtual Conference (as transcribed by Seeking Alpha), Stuart offered assurances that Microsoft has no intention of “just pulling all of Bethesda content out of Sony or Nintendo or otherwise”. Instead, he explained, “When we think about Bethesda, [we’ll] continue to sell their games on the platforms that they exist today, and we’ll determine what that looks over time and will change over time. I’m not making any announcements about exclusivity or something like that. But that model will change.”

As to how that may change, Stuart suggested Microsoft would “want that content, in the long run, to be either first or better or best or pick your differentiated experience, on our platforms.”

“That’s not a point about being exclusive,” he continued, “That’s not a point about…adjusting timing or content or road map. But if you think about something like Game Pass, if it shows up best in Game Pass, that’s what we want to see, and we want to drive our Game Pass subscriber base through that Bethesda pipeline.” Eurogamer’s Oli Welsh also previously speculated on Bethesda’s importance to Microsoft’s Game Pass strategy.

Speaking shortly after Microsoft’s acquisition of Bethesda, Xbox boss Phil Spencer offered his own take on the issue, telling Kotaku the deal “was not done to take games away from another player base like that. Nowhere in the documentation that we put together was: ‘How do we keep other players from playing these games?’ We want more people to be able to play games, not fewer people to be able to go play games.”

“But I’ll also say in the model,” he continued, “when I think about where people are going to be playing and the number of devices that we had, and we have xCloud and PC and Game Pass and our console base, I don’t have to go ship those games on any other platform other than the platforms that we support in order to kind of make the deal work for us. Whatever that means.”