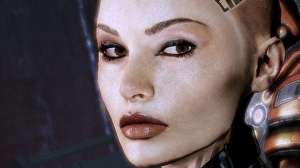 That’s according to Mass Effect 2 writer Brian Kindregan, who told TheGamer, the controversy had contributed to the curtailing of pansexual romance possibilities for his foul-mouthed but kind-hearted character Jack.

Back in 2007, bullshit broadcaster Fox News took aim at the first Mass Effect for its 30-second romance scene where you are able to see blue alien Liara’s buttocks. In an awful and ill-informed discussion segment, the network suggested this optional coda to the near-60-hour game was potentially dangerous to its audience and that copies of the game should not be allowed into family homes.