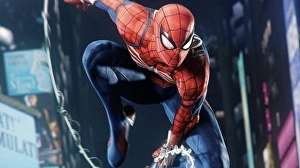 While Spider-Man: Miles Morales was a key launch title for PlayStation 5, the next-gen remaster of the webslinger’s first outing is well worth checking out. This isn’t just the PS4 Pro version operating at a higher resolution: there’s a bunch of visual improvements from new assets, refined lighting and of course, the addition of hardware-accelerated ray tracing. Indeed, a recent patch has added support for RT at 60 frames per second – an enhancement present on both of the Spider-Man titles available for PS5. Developer Insomniac has also solved the issue of transferring save data across from the original PS4 game, making this is an excellent way to continue the story if you never finished the game.

Despite the last-gen foundations, the boosts delivered by PlayStation 5 are impressive. The original PS4 Pro version targets 30 frames per second with dynamic resolution scaling averaging around 1584p most of the time – temporal injection is then used to deliver a clean image when played on a 4K display. On PS5, there are three different visual presentations offer: the quality mode bumps this up to a full native 4K output most of the time though dynamic resolution scaling is in effect and it can drop to near 1512p levels in the worst case. In performance mode, the game targets a near 4K resolution but with more aggressive DRS that results in drops to 1440p. Quality holds up though, thanks in no small part to the same temporal injection technology that worked so well on the last-gen systems.

All of which makes the new ray traced performance mode even more interesting. Just how much of a hit is required to deliver hardware RT at 60 frames per second? Well, it’s about more than just a resolution cut but suffice to say that the DRS window is adjusted downwards – lower bounds can hit a minimum of 1080p, but the vast majority of the experience plays out towards a 1440p upper bounds. It’s also worth pointing out that the same stats are in play for Miles Morales, which also gets the same three presentation modes. In effect, the PS5 effect is quite remarkable: up against PS4 Pro, you’re getting twice the frame-rate, plus hardware ray tracing with just a small haircut on resolution.