You may be playing Marvel’s Spider-Man: Miles Morales right now on your PlayStation 4 or 5, but you’ll have to wait until early 2022 if you want to add the awesome Sideshow Collectibles Miles Morales action figure to your collection.

This highly-articulated collectible shows Miles in his stylish Classic suit, and comes with a handful of optional accessories. Along with winter gear to keep him warm, Miles can wear a backpack that can even hold the cat named Spider-Man who we all affectionately call Spider-Cat. 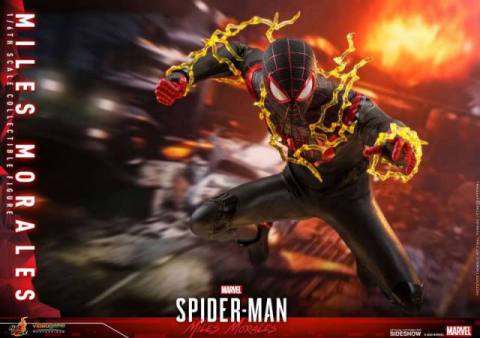 This action figure fits into Sideshow’s long-running line of sixth-scale figures (standing in at 29.5cm tall), and can be posed in a variety of ways, including aerial moves that are supported by a dynamic figure stand. You can also super-charge Miles arms with Venom energy and change his hands for different actions, like shooting webs.

I reviewed Marvel’s Spider-Man: Miles Morales for Game Informer, and gave it a rating of 9 out of 10, saying “For a second act, Marvel’s Spider-Man: Miles Morales satisfies. Taking to the web-line and soaring across a wintery New York skyline is every bit as enthralling as it was before, and Miles develops into a fantastic hero. This follow-up doesn’t have as much of a sinister punch, but it delivers some great plot twists and concludes with another eye-opening post-credits sequence that teases an exciting future for Insomniac’s Spider-Man series.”

You can find out more about the action figure based on this game at Sideshow’s official site. You can see more images of Plastic Spidey in action below: 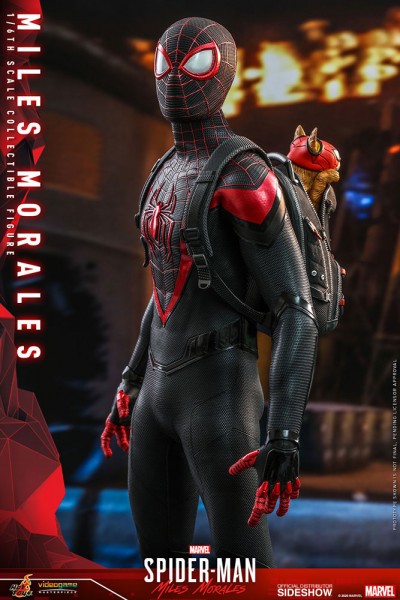 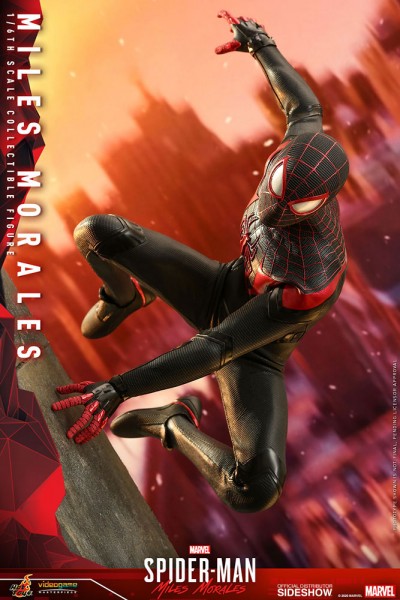 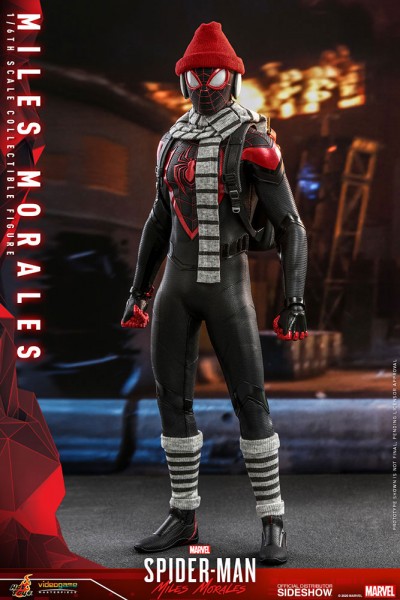 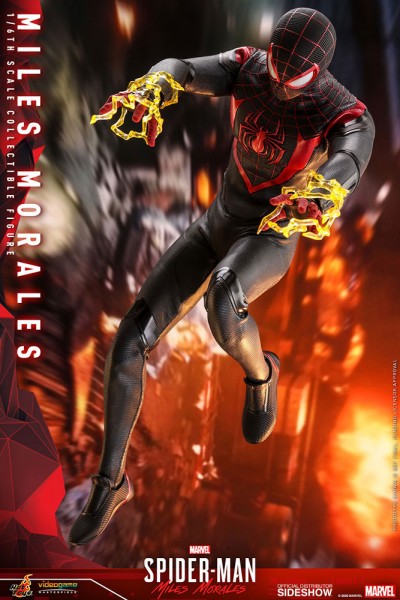 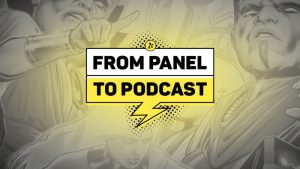 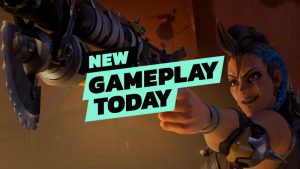 Learning From The Past: A Street Fighter 6 Interview 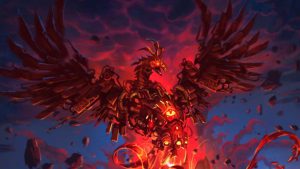