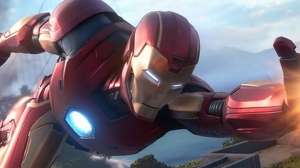 Last week, we took an exclusive look at the PlayStation 5 version of Marvel’s Avengers for PlayStation 5, but Xbox Series code – difficult to give in advance owing to Smart Delivery complications – was not forthcoming. So how have developers Crystal Dynamics and Nixxes handled the port to both Series X and Series S consoles? The results are in, and we are looking at a game which exemplifies what we have referred to as the ‘post resolution era’ – where raw pixel counts are only one component in a game’s visual make-up and perhaps not the most important.

In terms of the overall set-up offered by Marvel’s Avengers on Xbox Series consoles, it’s much the same as PlayStation 5 in delivering quality and performance modes. Series X’s quality mode is essentially the same as PS5’s: compared to last-gen consoles, users get higher resolution screen-space reflections, more destruction, better water rendering, higher resolution textures and all of the other enhancements previously detailed. It targets native 4K rendering with minor dynamic resolution tweakery depending on content. Series S? Quality mode is much the same again with a 1440p target, but lacks some visual features including the higher resolution texture pack enjoyed by PS5 and Series X. 30fps is essentially a lock on all systems in this mode.

The performance mode is what separates the pack, with Series S operating within a ballpark 720p to 1080p window in hitting 60fps, with further visual cutbacks like reduced foliage density, murkier texture filtering and lower resolution particle effects. But it’s the PS5 vs Series X differences that are most fascinating – both target a 4K display output, but PS5 uses checkerboard rendering while Series X goes native. What this means is that the Sony platform can resolve higher pixel counts in like-for-like content thanks to its checkerboard solution, but for various reasons, Series X delivers a crisper picture. Both still use dynamic resolution scaling, with Series X working with a generally wider DRS window. Owing to its checkerboard solution, PS5’s UI scales with resolution too, which looks a touch odd.