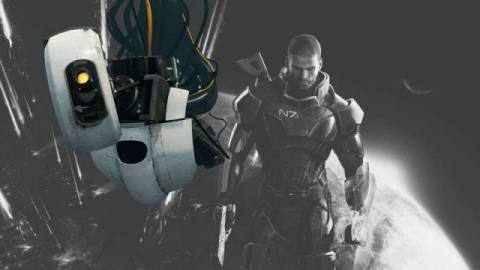 GLaD0S from Valve’s Portal franchise has some hilarious one-liners, but have you ever thought about what it would be like to make the homicidal A.I. say some of the wackier thoughts that come into your head? How about Wheatley, or character from Half-Life, Team Fortress, Persona 4, Doctor Who, and more? Now you can with the help of this simplistically brilliant text-to-speech app.

The app in question is 15.ai, and it lets fans put in their own text and modulates that text into the speech of some of our favorite characters. Since Portal is among my favorite franchises (alongside the Mass Effect trilogy), I couldn’t help trying it out myself:

The apex of perfection and I’ll never be able to top putting together this post 🤷‍♀️I’ve peaked.

The full list of characters to draw from is fairly extensive, including Spongebob from the Nickelodeon show, several major characters from My Little Pony, Daria and Jane from MTV’s Daria, and so much more. You can also mess with that wibbly wobbly timey wimey stuff thanks to the Tenth Doctor’s voice modulation from BBC’s cult classic Doctor Who.

The app in question is super easy to use! Simply select a source (Portal, Half-Life, etc), then select the character you would like to emulate, and choose an emotion for the adapted speech. Input whatever you would like the character in question to say (with a 200-character limit), and voila! A few seconds later, you have a downloadable audio file for the mashup of your dreams.

You can try 15.ai for yourself here. You can also find some pretty hilarious inspiration from other influenced creations by simply searching the app name on YouTube, Reddit, and Twitter for other weirdly perfect combinations. As Kotaku noted when writer Zack Zwiezen also shared this app (and app that us here at Game Informer had way more fun with this past weekend than probably wise), the sea shanties trend going on right now is refined to perfection when using voices within this program. Wheatley getting his inner pirate on with a good ‘ol sea shanty? This is what we deserve.