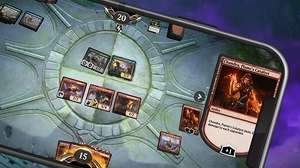 Yes! Magic: The Gathering Arena is coming to Android this month. No! My Pixel 1 won’t run it.

Specifically, MTG Arena arrives in early access on Android on 28th January. Sadly, there doesn’t appear to be an equivalent iOS release. However, the game will eventually be released in full for iOS, alongside Android, “later this year”.

If your Android device can handle the game, you’re free to join in. Doing so is no more complicated than downloading the app from the Google Play store. Google has an Android early access walkthrough if you need a pointer.