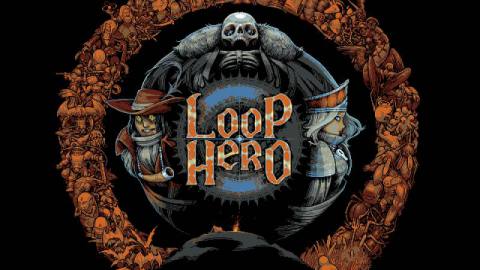 Ever wanted to trudge through a grim, desolate landscape while slaughtering spiders, vampires, and deadly bosses? Yep, you’ve played that game before. But what if, instead of controlling combat directly, you placed all the hazards, bonuses, and environments that your hero would encounter? As you become the worldshaper of a dark fantasy simulation, Loop Hero tasks you with creating a world that won’t kill your character but is tough enough to forge a hero. As the grand designer and dungeon master, it’s up to you to break the game in all sorts of fun and inventive ways. Loop Hero is an addictive amalgamation that captivated me completely with its initial hooks, but the experience isn’t as deep as the first few hours would indicate.

As your champion tackles the loop (a never-ending path that heals up every time you complete a cycle), they pass through dangers and boons of your own design. You have no direct control over their actions in combat, from swinging a sword to summoning a skeleton. Once you’re in battle, it’s going to play out a certain way and there’s nothing you can do butch watch. Basically, just imagine that your “attack” button is taped down on your favorite turn-based RPG. However, this isn’t a game for idle minds; effective play requires a quite fastidious attention to detail, planning, and constant tweaking. The path through each loop is filled with decisions big and small, so you are continually thinking about how to improve your current run and the ones after, which feels satisfying and cerebral.

Instead of picking character actions, you engage with simulation-style dungeoncraft by setting up villages for the hero to pick up quests, crafting archer towers to help defeat high-tier monsters, and taking in the healing tranquility of peaceful meadows. Assembling a deck full of the right attractions, environments, and enemies to go with your talent choices and loot drops is the clever challenge of Loop Hero. Building the correct set of elements for your traveler to struggle through is a creative and enjoyable endeavor as you tackle different stages as a warrior, rogue, or necromancer.

Experimenting with your toolkit of tiles and seeing how they combine in interesting ways is the best part of Loop Hero. Combine rocks and mountains to make a towering peak that provides big bonuses, but also summons dangerous harpies that land on the loop.  Turn your vampires into arcane acolytes by setting them up near a bookery, creating vampire mages that drop powerful resources. Use road lights to reduce the number of deadly foes on your carefully assembled battle track. Trying out all the possible tile combinations is delightful for double-digit hours, but once you learn the best possible choices, it drains considerable joy from the exploration. While Loop Hero appears to have a great deal of depth and complexity in tile choices, it has fewer viable options to start each run than it initially appears. After my early enchantment wore off, Loop Hero left me mired in repetitive resource runs until I was ready to take on the final boss.

Loop Hero is a roguelite, and you unlock new tools, options, and powers and as you keep playing (and dying) via an encampment you develop outside of the loops. Think of it like building up a tabletop collection of pieces for your Dungeons & Dragons game with new monsters, environments, and treasures. The roguelite elements are quite significant, so even as you fall over and over in your looping quest, you get to keep resources to grow. If you die on a run, you only get to keep a third of the resources you were holding. But if you choose an opportune moment to escape, you get to keep it all, creating a risk/reward dilemma that’s fun to engage with on each dive into the loop. If you’re like me, you’re almost always going to risk it all and curse your judgment after getting annihilated by a boss. That’s okay – you’re still going to grow and learn but it may take a little longer to advance to the harder chapters.

Loop Hero is a creative and clever little game that should be on your radar if you enjoy strategy, RPGs, deckbuilders, roguelikes, or all of the above. While its novelty begins to wither the further you get away from your opening hours, the journey is worthwhile and engaging. Summary: A roguelite dungeon manager simulation that keeps you coming back for more, Loop Hero makes hours fly by.

Concept: Play through roguelike time loops with different adventurers, building up a powerful assortment of options over repeated plays

Graphics: The grainy, pixelated visuals capture a CRT monitor vibe, but the aesthetic works well for the game

Sound: While the effects don’t stand out, the music is incredible and makes your many runs delightful

Playability: Loop Hero’s mysteries make experimenting and exploring satisfying, but don’t expect the game to elaborate on the mechanics and functions

Entertainment: This is a fun and intriguing genre mashup, placing the player in a management role instead of controlling the swing-to-swing minutia of combat