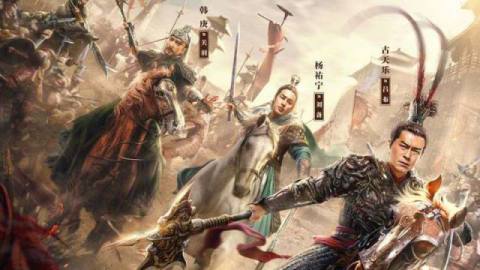 In the age where video game adaptations are aplenty, a new live-action Dynasty Warriors movie trailer has been revealed, and it shows off what it takes to bring the beloved series to life. Given the nature of the games themselves, it’s not unexpected to see that the film takes some interesting turns, and while it’s far too soon to tell, it certainly looks like a choice.

In the trailer below, we see the usual hack-‘n- slash style we’re used to from the games themselves alongside a few over-the-top effects; because no battle is truly a battle until lightning is involved. You can check it out in the video below for yourself and see how well it stacks up to the gaming franchise:

If the above Dynasty Warriors movie is your style, that’s great! But there is also some bad news. This film is set for a Hong Kong launch on April 29, with a China release set shortly after on the 30th. There has been no mention of a Western release at this time.

The Dynasty Warriors movie will be, as seen above, a live-action take that will adapt the first two chapters of the gaming franchise with a heavy focus on the Yellow Turban Rebellion and the Anti-Dong Zhuo Coalition. Also seen is a much younger Cao Cao without that instantly recognizable facial hair.

You may have missed it (I sure did), but this actually isn’t the first trailer. The first trailer for this movie debuted back in 2018 for a planned China 2019 release. Unfortunately, delays happened, and then 2020 came in like a Mack Truck and plowed right through any soon release plans.

What do you think about the Dynasty Warriors movie trailer? Are you feeling the latest adaptation, or are you happy it’s not coming to more areas? Sound off with your thoughts in the comment section below!