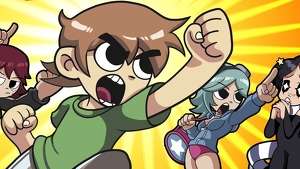 Limited Run Games has announced three boxed versions of Scott Pilgrim Vs. The World: The Game for PlayStation 4 and Nintendo Switch.

The time-limited physical editions – which will be available to pre-order for six weeks from 15th January – include a standard Scott Pilgrim vs. the World: The Game edition for $35, a classic edition at $55, and the K.O edition for $140. The standard edition includes the standard game and DLC, while the Classic Edition includes a full-colour instruction booklet, deluxe plastic clamshell case with reversible coversheet, sticker sheet featuring art from the game, physical soundtrack CD featuring music by Anamanaguchi, The Clash at Demonhead commemorative concert ticket, and an Overworld map.

Alternatively, you can pick up the K.O. Edition, which includes everything listed above, plus a “premium hard-shell roadie collector’s case box featuring working lights and sound. Opening the case turns on the lights and sound (music from Anamanaguchi) as well as revealing a pop-up scene of Sex Bob-omb”. It also includes bonus Sex Bob-omb guitar picks, an enamel pin, and full-sized wooden drum sticks with “game art”.