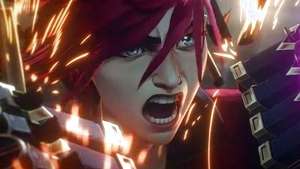 Arcane, the animated League of Legends spin-off series, debuts on Netflix this autumn.

This is the first League of Legends show, though the latest of many Netflix video game adaptations.

The streaming service describes it as an “event series”, which suggests it won’t run for multiple seasons like Castlevania. Here’s a quick glimpse: