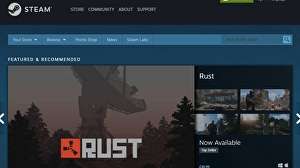 The Hollywood Reporter said that five gamers filed an antitrust class action in California that alleges Valve requires developers and publishers enter into a “Most Favoured Nation” clause.

A Most Favoured Nation clause is a retail parity clause in which a supplier agrees to treat a particular customer no worse than all other customers. MFNs are under increased scrutiny from authorities across the world, including the European Commission.