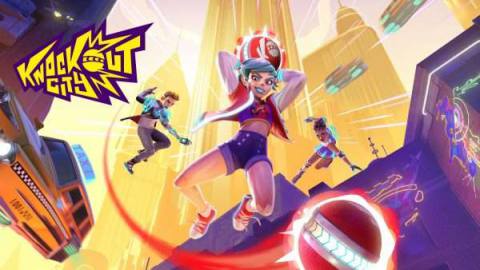 Knockout City’s launch trial may have ended, but there’s another way you can try the game out without paying.

At launch, Knockout City was fairly easy to play for free. Though this is a premium game, the full version is part of EA Play and Xbox Game Pass Ultimate on all platforms. EA even made the game free to play for the first ten days of launch.

Now that Knockout City’s launch trial is over, EA returned with another promotion to keep the party going. Knockout City is now free for the first 25 levels (Street Rank) across all platforms. In other words, you can download and play the game to your heart’s content, so long as you remain below level 25.

After that, you’ll need to either buy the game for $20 or subscribe to EA Play or Xbox Game Pass Ultimate to continue playing. All your progress will carry over to the full version, of course.

Block Party is over, but new players to Knockout City can still start brawlin’ for free!
If your friends are just joining us, they’ll be able to play for free and level up to Street Rank 25 before purchasing the game. That’s also enough game time to teach them to pass the ball. pic.twitter.com/aWjPjKS0ES

This is a good move, especially considering Knockout City is a multiplayer-only game, and many of those tend to struggle to maintain an active audience. Hopefully, it’ll pay off for EA and developer Velan, as it’ll likely result in a constant stream of new players.

The post Knockout City is now free to play until level 25 appeared first on VG247.