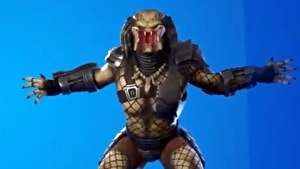 Predator has also become a roaming boss, able to be found and battled on the battle royale map for all players. Look for him in the appropriately jungle-themed Stealthy Stronghold.

Defeat Predator and it’ll drop Predator’s Cloaking Device, which lets you become nearly invisible for a short time. If this sounds a bit overpowered, well, this is a supposed to be a reward for killing a tough boss who everyone else is after too.