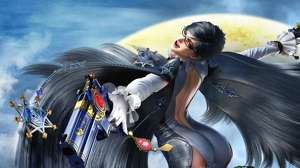 The Nintendo Switch-exclusive third instalment of the bewitching franchise was revealed in 2017, but developer Platinum Games has been pretty taciturn on progress since then, only infrequently breaking cover to insist that yes, the game is still in development.

The most recent of these updates came via Arcade Archives streams, in which Kamiya confirmed that Platinum had “been working on new stuff like Bayonetta 3”, but he couldn’t “say too much”. He did, however, tease that the team might “give an update during the year”.