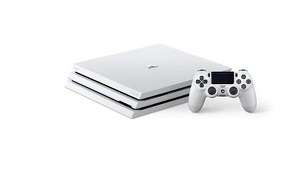 Sony has reportedly told a Japanese retailer that it is discontinuing a number of older PlayStation 4 models, including the PS4 Pro 1TB Glacier White and the PS4 2TB Jet Black.

As yet there’s been no formal confirmation by Sony, but it coincides with a recent message on PlayStation.com that said it had “no plans to restock [PS4 Pros] in future”. That statement, however, was subsequently removed.