Earlier this week, Sony officially announced MLB The Show 21 with the young and exciting Fernando Tatis Jr. as the cover athlete. While Sony is looking forward to the future of baseball with Tatis Jr. on the cover of its standard editions, it is honoring one of the most important historical figures in American sports with its Collector’s Edition. Sony San Diego has announced that Jackie Robinson is the cover athlete for the Collector’s Editions of MLB The Show 21. 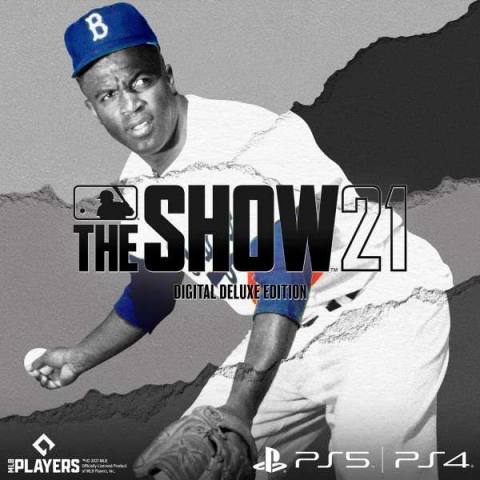 Robinson was the first person to break the Major League Baseball color barrier in 1947 and is one of the most iconic players in baseball history. In addition to serving as a symbol of breaking down racial barriers, Robinson played for the Brooklyn Dodgers from 1947 to 1956. There, he was named Rookie of the Year in 1947, made a six-time All-Star, and garnered a Most Valuable Player award before earning a World Series Championship just prior to his retirement. In 1962, Robinson was inducted into the Baseball Hall of Fame on his first ballot. 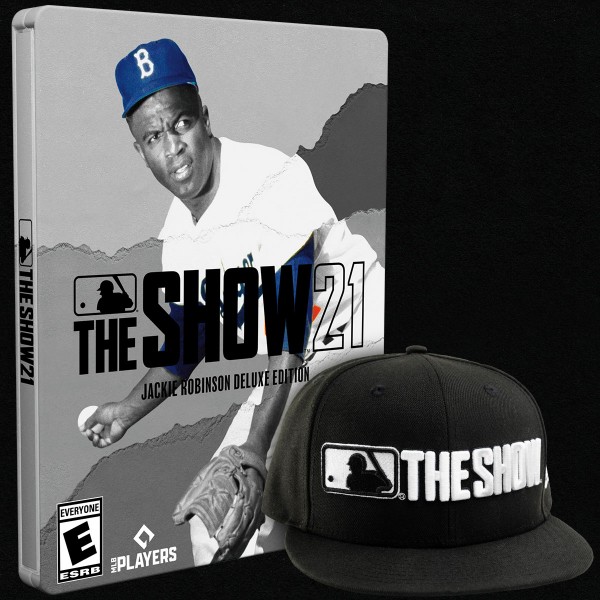 All of the Collector’s Editions grant you early access to the game, letting you play MLB The Show 21 on April 16 instead of the standard release date of April 20. The Jackie Robinson Edition ($85) is available at retail in physical form and includes the game, a limited-edition steelbook case, and various Diamond Dynasty packs and other digital goodies including double daily login rewards for the entire life cycle of MLB The Show 21. The Digital Deluxe Edition ($100) is available digitally and includes last-gen and current-gen access as well as even more digital goodies. The Jackie Robinson Deluxe Edition ($100) is available at retail in physical form and includes all the aforementioned DLC and physical bonuses of the Jackie Robinson Edition, but also includes a physical and in-game hat (pictured above).

MLB The Show 21 is the first game in the Sony-developed baseball franchise to be made available on a competing platform. The deal for multiplatform release was announced in 2019, but no timetable was given for the transition, and no specific platforms were named. The announcement earlier this week confirmed that MLB The Show 21 is coming to Xbox platforms in addition to PlayStation. If you’re new to the series and want to learn more about the current state of the franchise, check out our review of last year’s entry, MLB The Show 20.

MLB The Show 21 launches on PlayStation 5, Xbox Series X/S, PlayStation 4, and Xbox One on April 20.