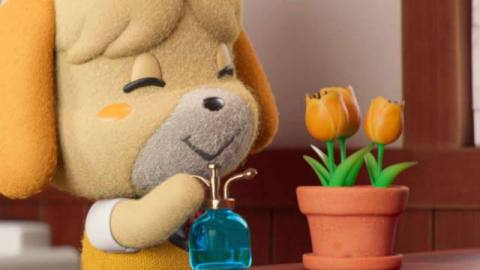 Animal Crossing: New Horizons is a fantastic game, but what would it be like as a television series in the style of Dwarf Studios’ 2019 stop-motion animation Rilakkuma and Kaoru?

A fan-made project directed by Gabriel Salas explores this idea, and the results are absolutely stunning, even if it does only last for 41 seconds. Gabriel shares some more information in the teaser trailer’s description:

This fan made project stems from my appreciation of Rilakkuma & Kaoru TV series and the Animal Crossing games. After playing New Horizons for a few days, I wondered how merging both universes would look like & thought it’d be fun to expand on Isabelle’s character a bit. This is what I imagine a TV show or short film would look like in this style.

While there has never been anything official like this, there was an animated Animal Crossing movie released back in 2006 titled, Dōbutsu no Mori. It’s about a girl who moves into a village filled with talking animals – it’s just like the games.

What do you think of the above teaser? Share your thoughts down below.